The outdoors is open and so is Waypoint! This winter, we’re featuring snowshoeing, hiking, indoor rock climbing, and cross-country skiing programs for just $20 per person. Sign up today! 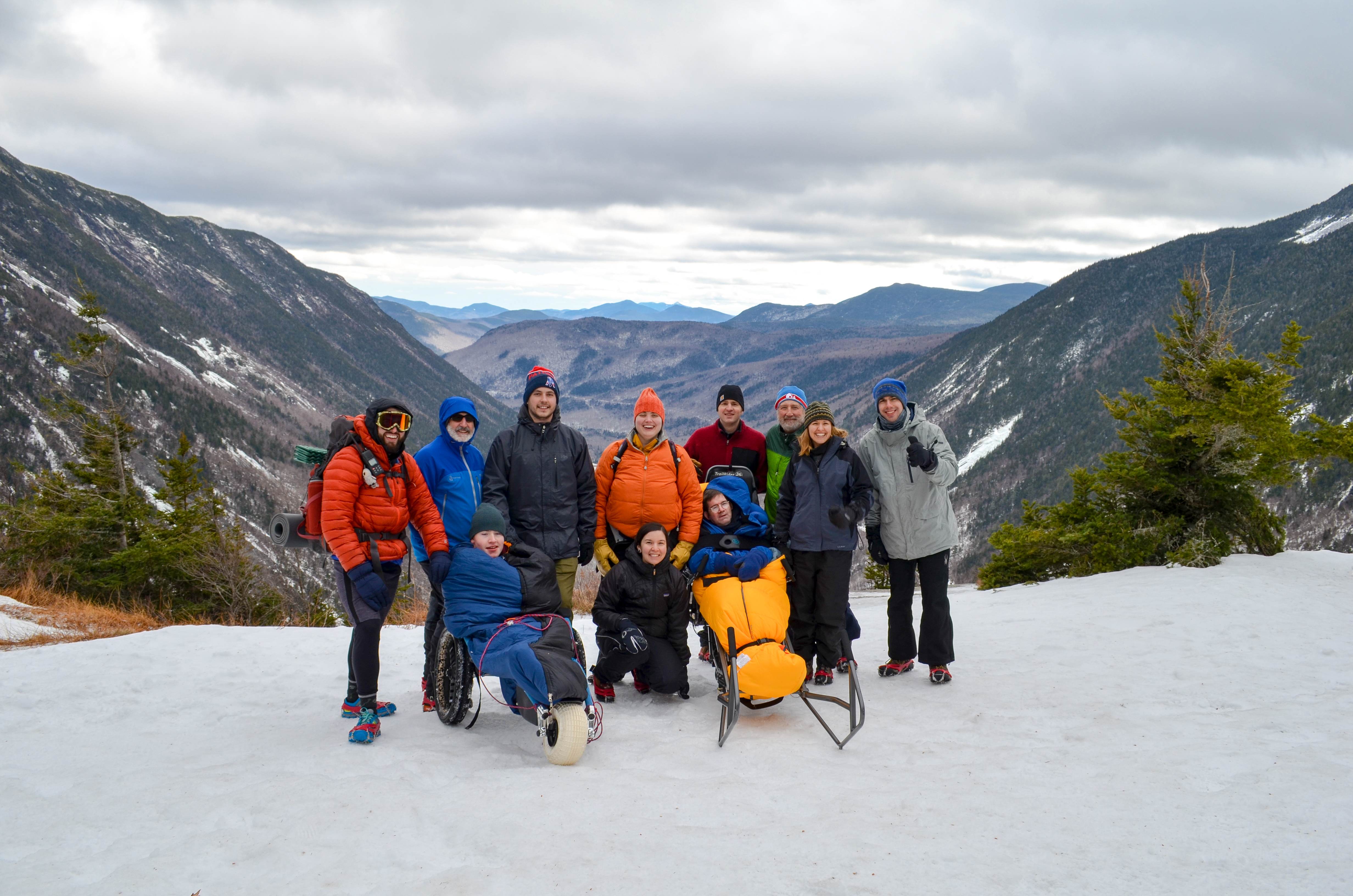 Guest Blogger alert! Steve Dastous joined Waypoint’s program team in October. He’s a stellar facilitator, volunteer coordinator, and member of this team. Check out his account of this impactful weekend.

Well, 2018 is off to a thrilling start! For the 7th consecutive year, Waypoint Adventure’s Winter Summit was a complete success.

On Friday (February 23rd), a group of 11 adventurers made the trek up to Crawford Notch to stay at the AMC Highland Center for two days and two nights. While up in Crawford Notch, the crew set out to hike Mt. Willard, a renowned mountain that is known for great views.

As the new, freshly-made group gathered at Waypoint before leaving for New Hampshire, the levels of excitement and nervousness were high. With the luggage and wheelchairs packed into a 15-passenger van (provided by Peter Fuller Rentals), the crew embraced the pounding rain and the call for adventure. While the drive took about 3 hours to complete, the time flew by and all nervousness evaporated.

This year, the focus of the trip was centered on one main concept: Community. A positive and thriving community is one where every individual feels safe, allowed to express themselves how they want to, and contribute to the group in their own unique way.

To hone in on this idea of community, each participant was given a rock with another participant’s name on it. They were explicitly told not tell anyone in the group what name was on the rock. Their task was to observe this person throughout the entire weekend and notice when they were being a positive and contributing member of the group. For example, a contribution could be as small as giving someone a compliment or as big as carrying someone down the mountain. Other than observing this person, they also had to carry the rock wherever they went.

On Saturday morning (February 24th), the crew got up at 6:30am to make it to an early morning breakfast.  The weather was a mere 35 degrees, but there was little wind and no rain or snow. Today was the day of the big hike. The hike up Mt. Willard.

Here are some pictures leading up to the hike: 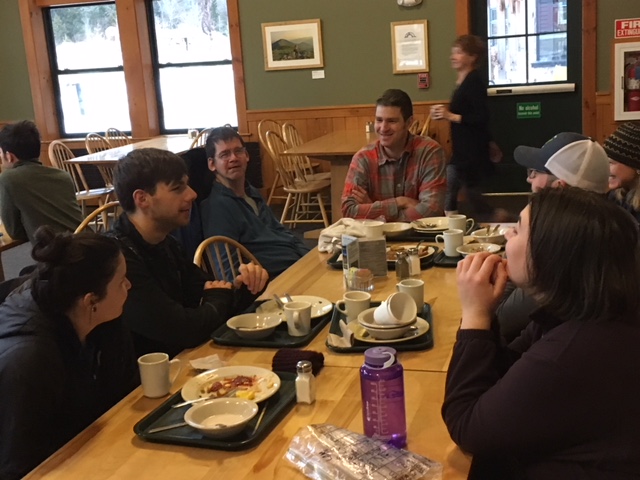 (The crew ate a HUGE buffet breakfast before the hike. Yum!) 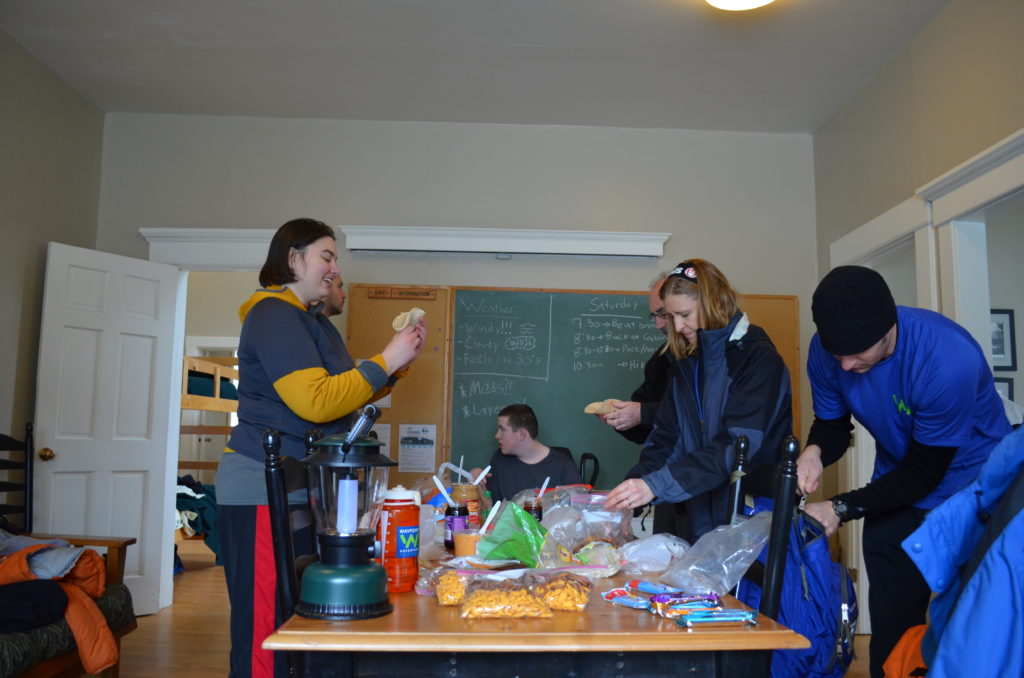 (The team prepared snacks and lunches for the big hike. Flavor-blasted goldfish, pretzels, fruit bars, and sandwiches with meat/peanut butter and jelly/hummus were some of the many options for these adventurers. ) 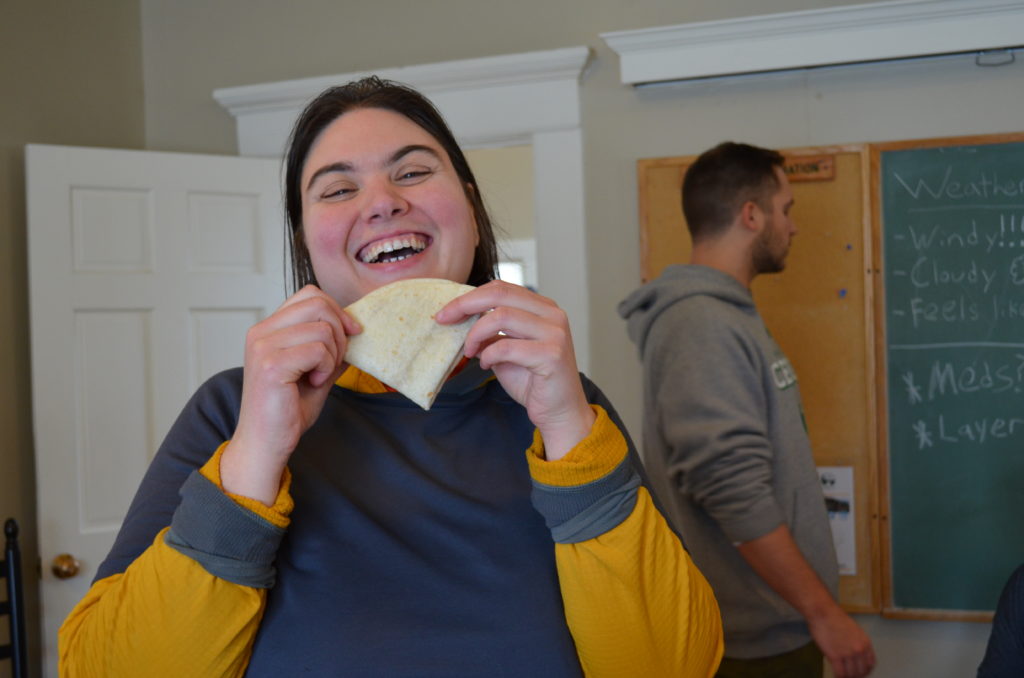 (Lydia had a great idea on how to fold her sandwich. We all followed her lead.) 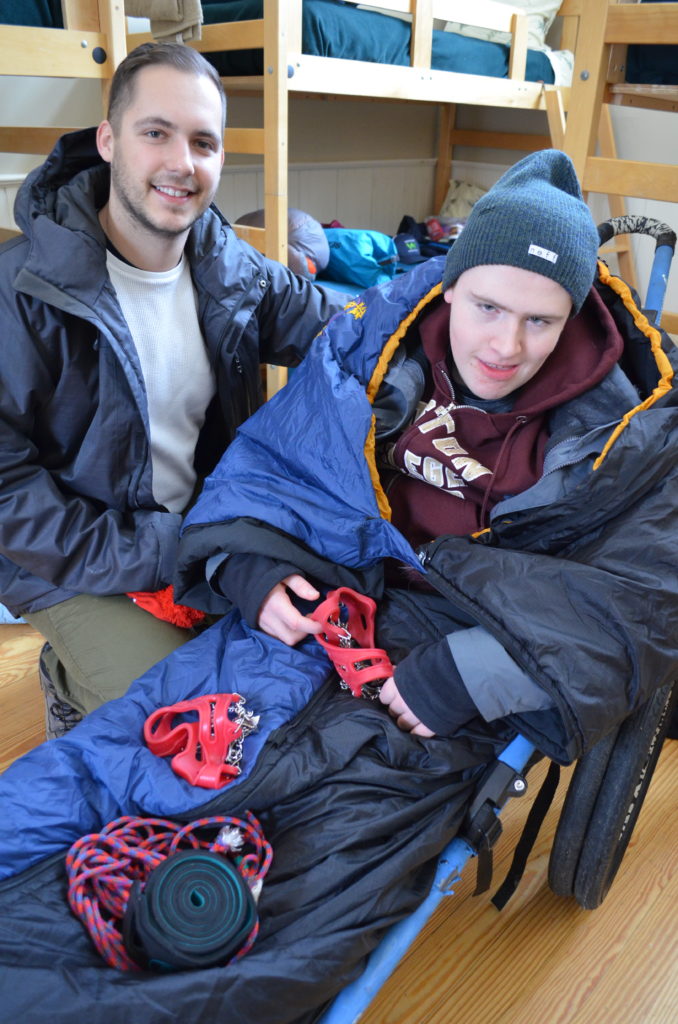 (Pat and Tyler all packed and ready to get moving.) 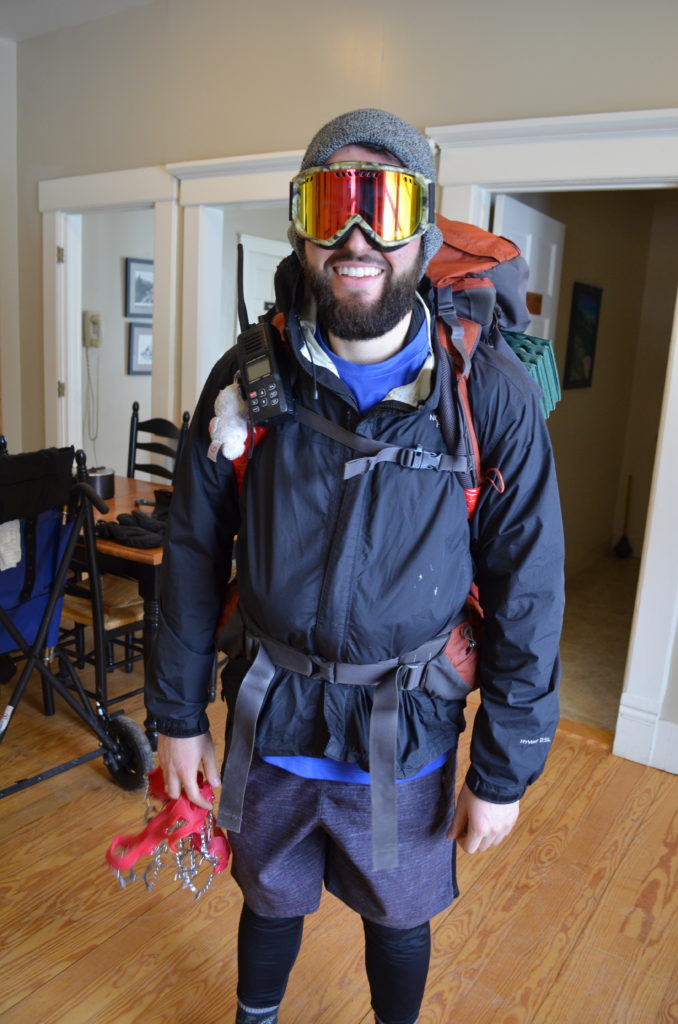 (Steve was ready to go too!) 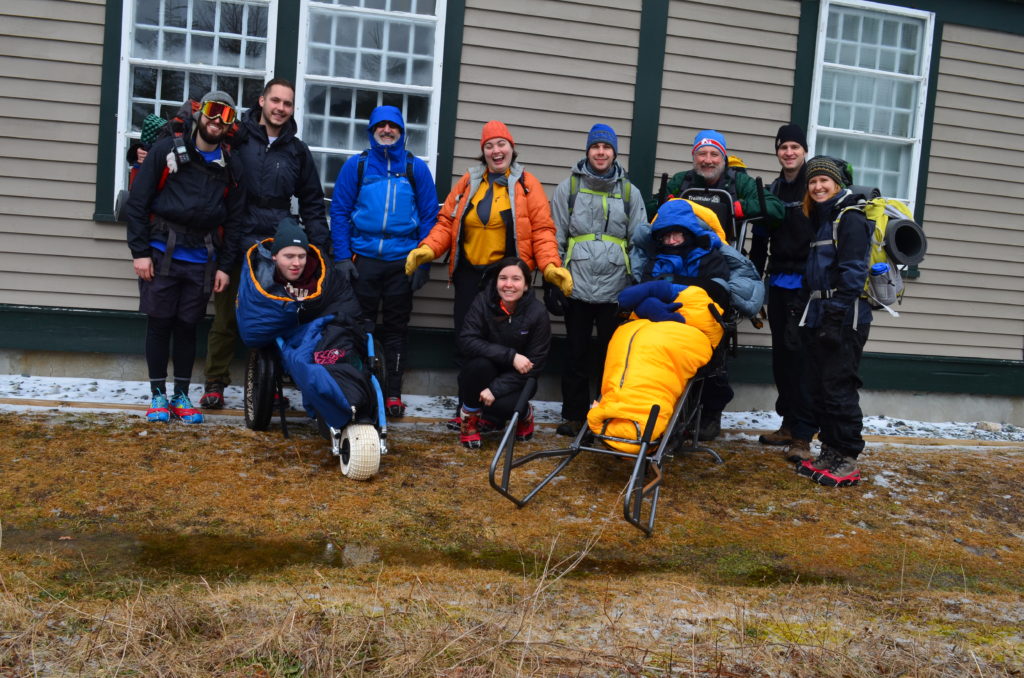 (Before we set out to climb the famous Mt. Willard, we decided to take a group photo in front of our home for the weekend. With the whole bunkhouse to ourselves, it was a perfect place to hangout, play games, chat with each other, and to take a rest. However, we came up to New Hampshire to hike! Mt. Willard, at 2,840 ft above sea level, is no easy feat, especially in the snow and with the intense mountain wind blowing through Crawford Notch.

At around 10:30am, we set out on our hike up Mt. Willard. Here are some pictures on the way up: 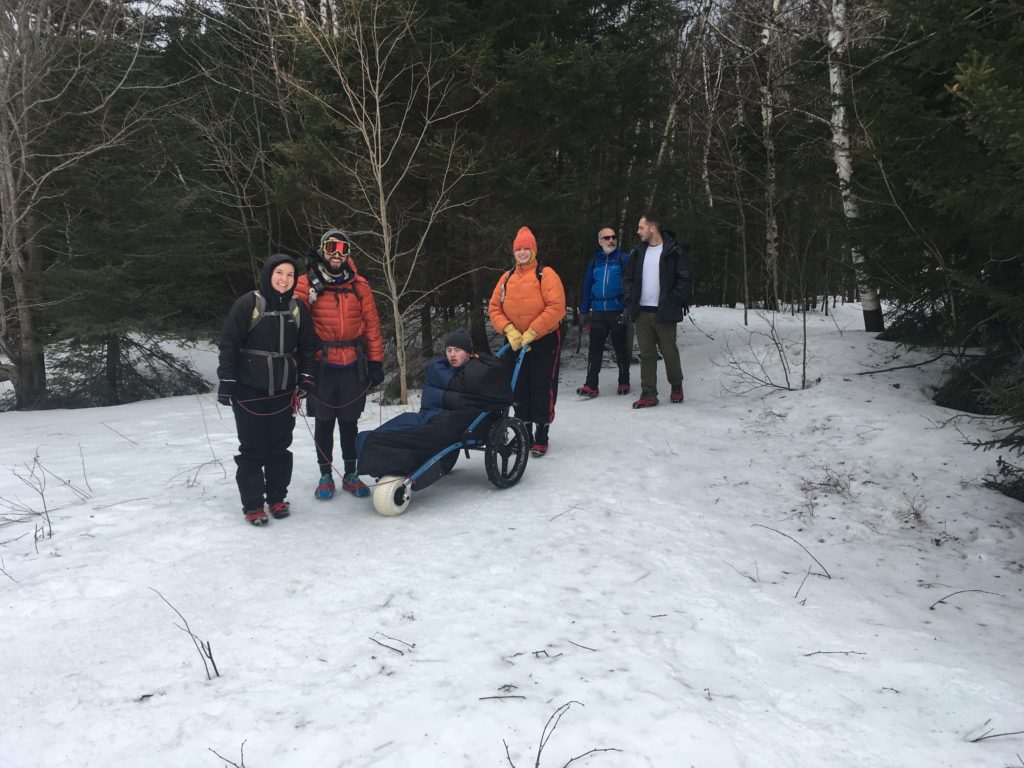 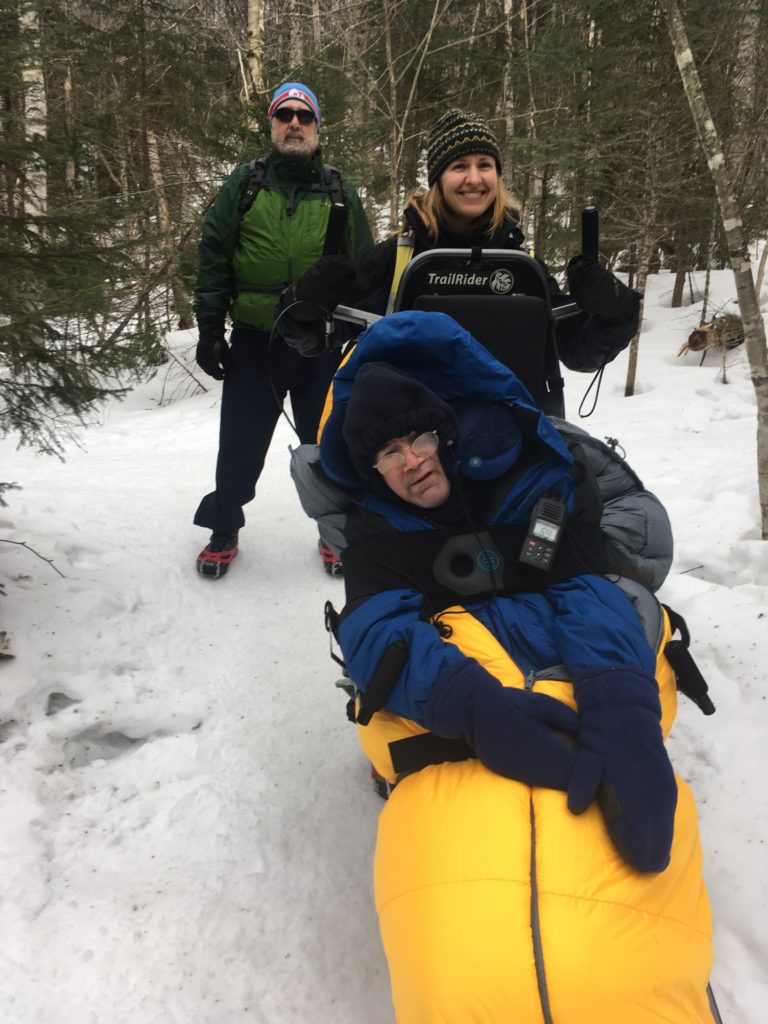 (Jim, Merri, and Tim were all smiles and stoked to be outside! Other ITimirod members were Dan and Chris.) 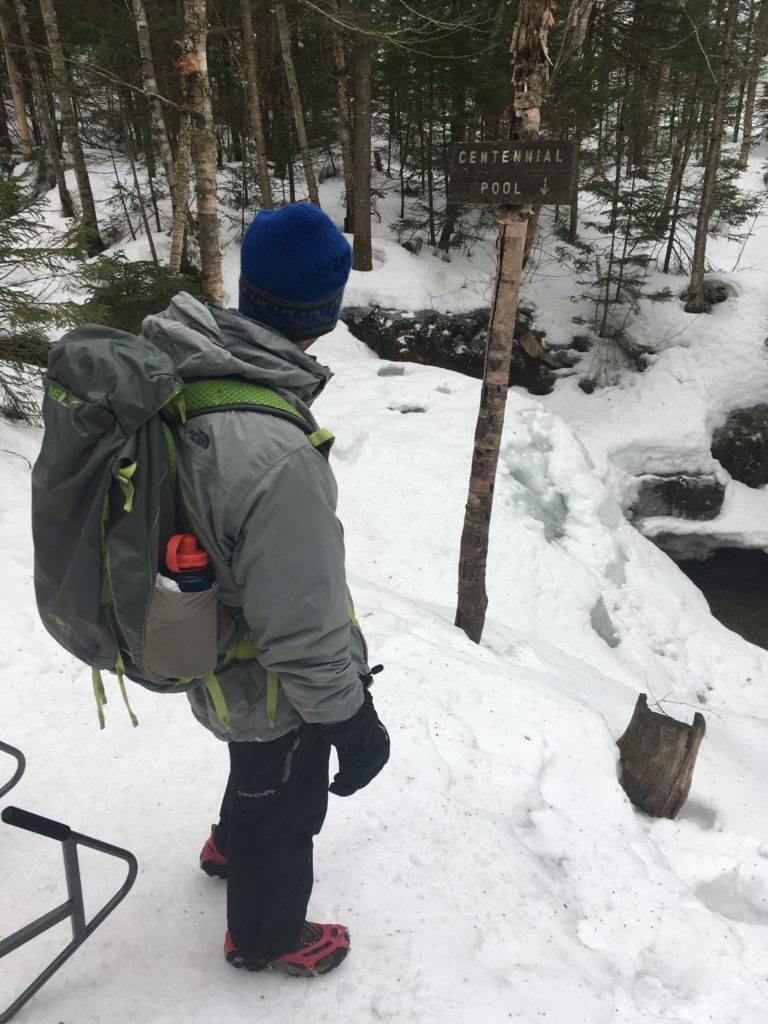 (Chris overlooking centennial pool, which was a cool scenic offshoot on the trail.)

After a couple of hours of hard work, we made it to the top! Here are some pictures of what we saw: 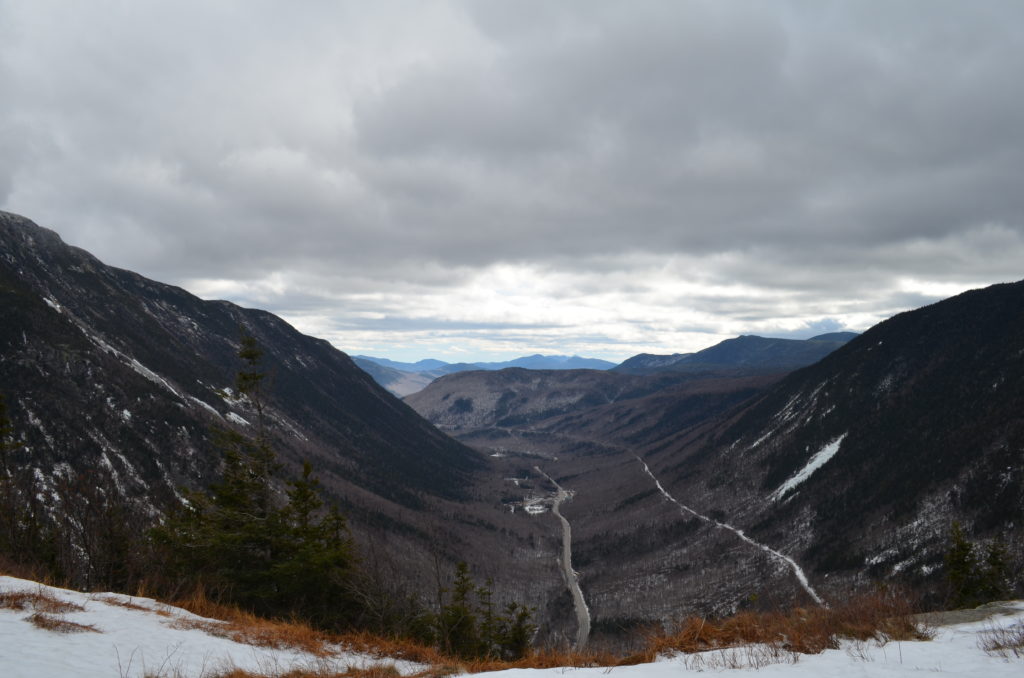 (The view we saw coming out of the tree tunnel.) 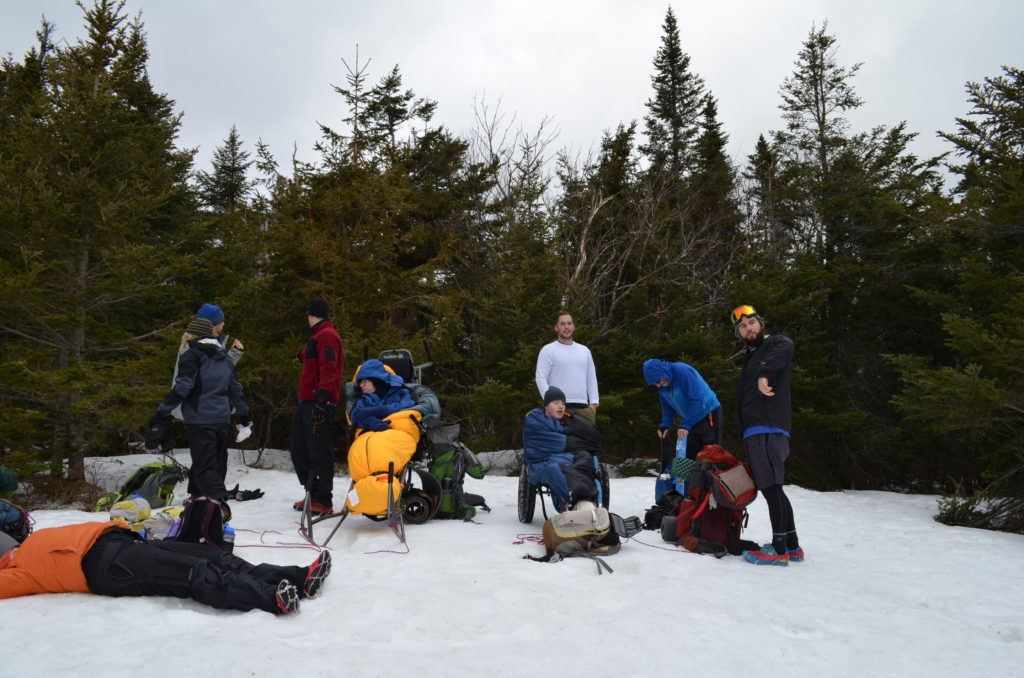 (We were all pretty tired at this point; Lydia took the most relaxing approach and laid down in the snow.) 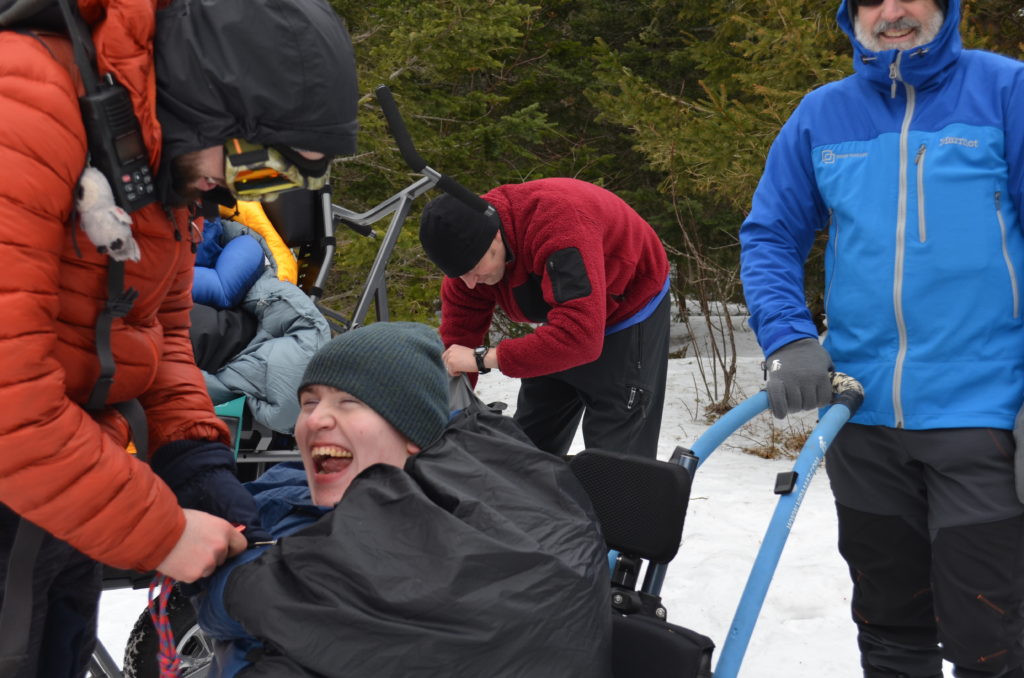 (Tyler’s reaction to getting to the top of Mt. Willard.) 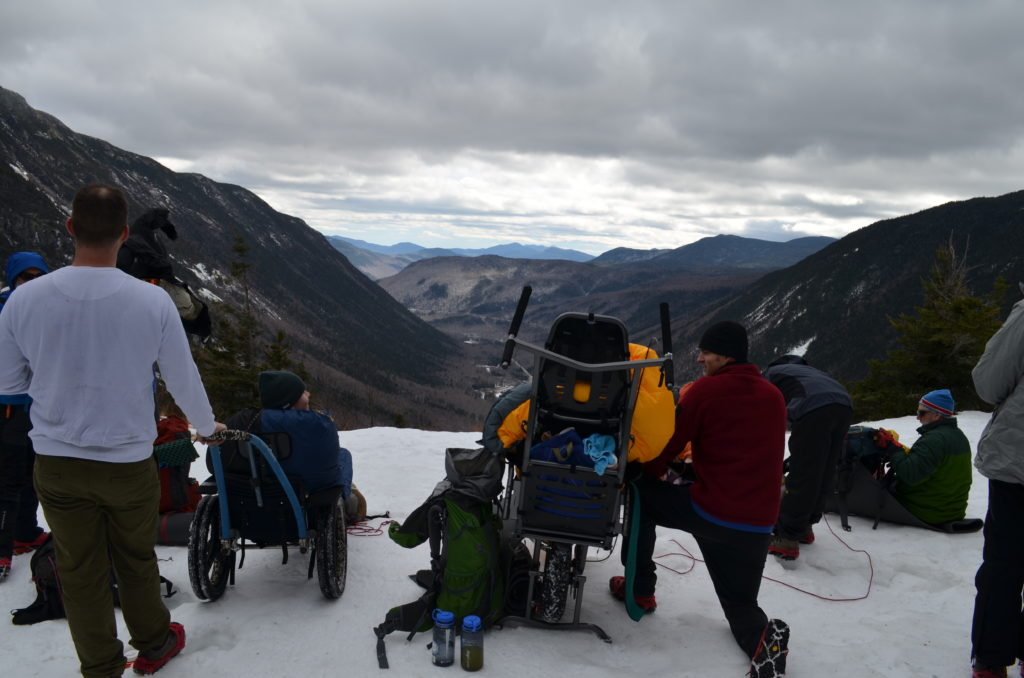 (Once we all had a moment to check out the view, it was time for a summit lunch.)

♦On The Way Down♦

Unfortunately, once you get to the top of a mountain, you have to come down eventually. After about an hour on the summit, we headed back to the Highland Center and made it back within 2 hours.

Here are some pictures on the way down: 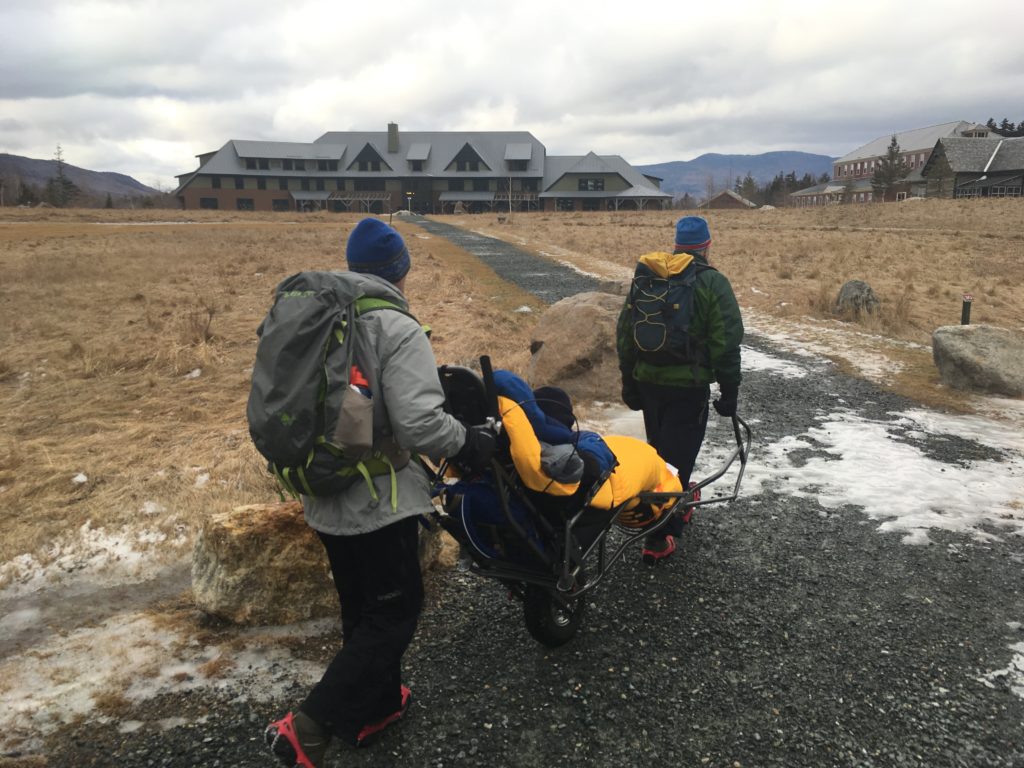 (Chris, Tim, and Jim were so close to the bunkhouse at this point! You can see it in the right corner of this picture.) 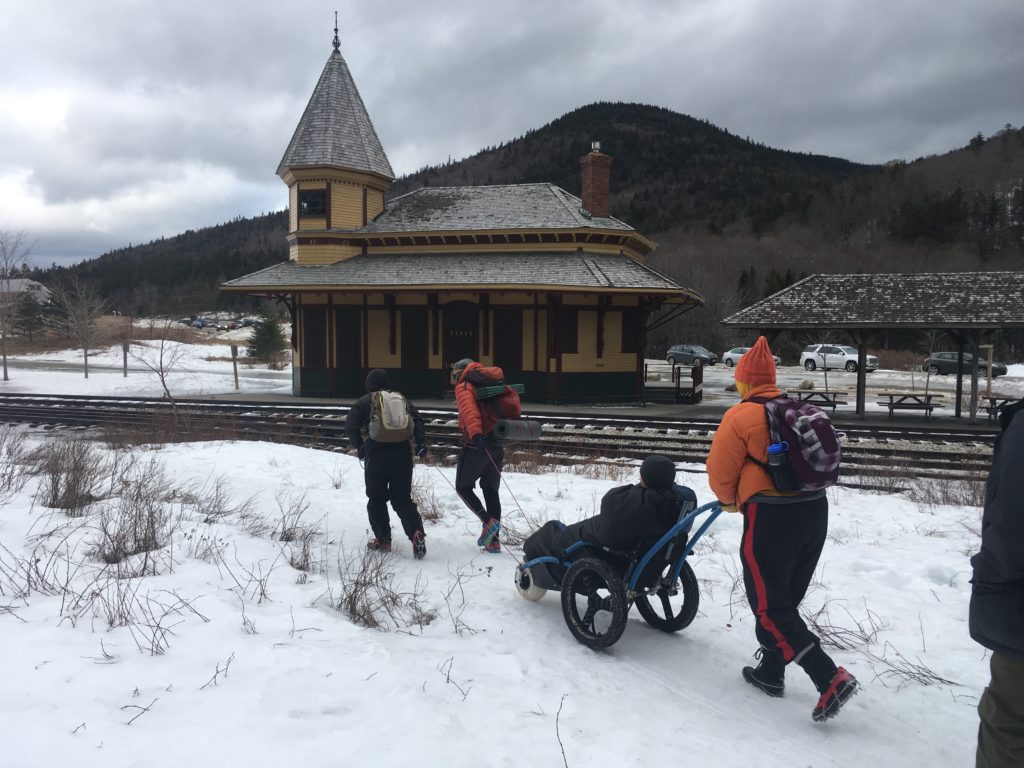 (Steph, Steve, Tyler, and Lydia were also close at this point while they passed the old train station.)

Once back at the bunkhouse, the crew took time to do some self-care, grab some dinner, and prepare for the night activity: the rock ceremony. Each person had the opportunity to present what name was on their rock and say what they had observed over the weekend. It was an incredible moment for everyone and there was real sense of genuine camaraderie and community-building.

Here are some photos from that event: 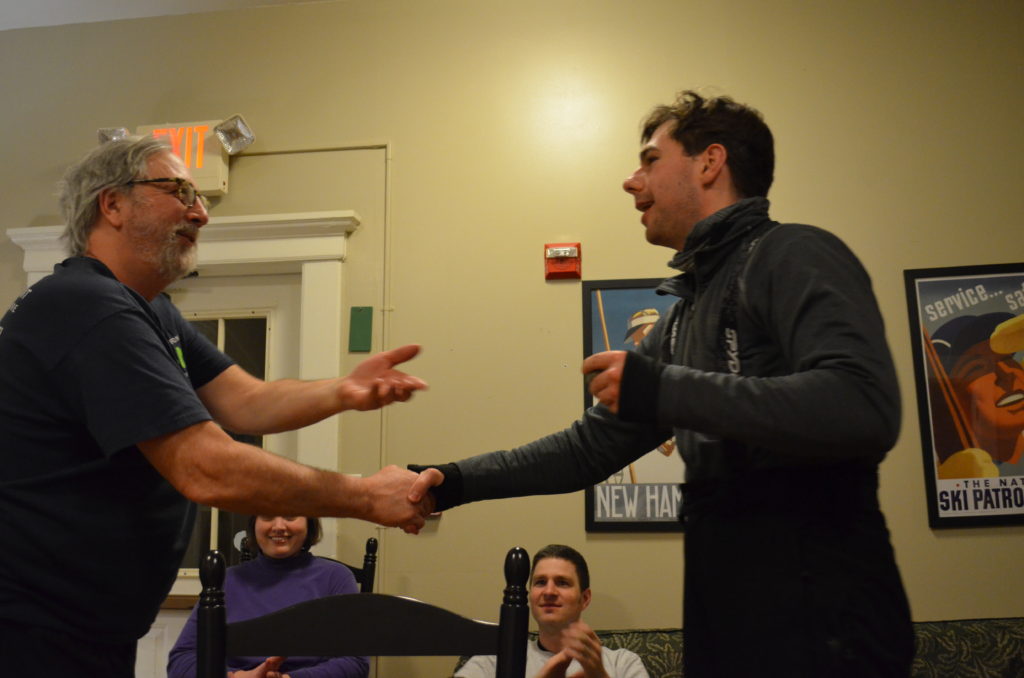 (Jim gave Chris a quality handshake and his rock.) 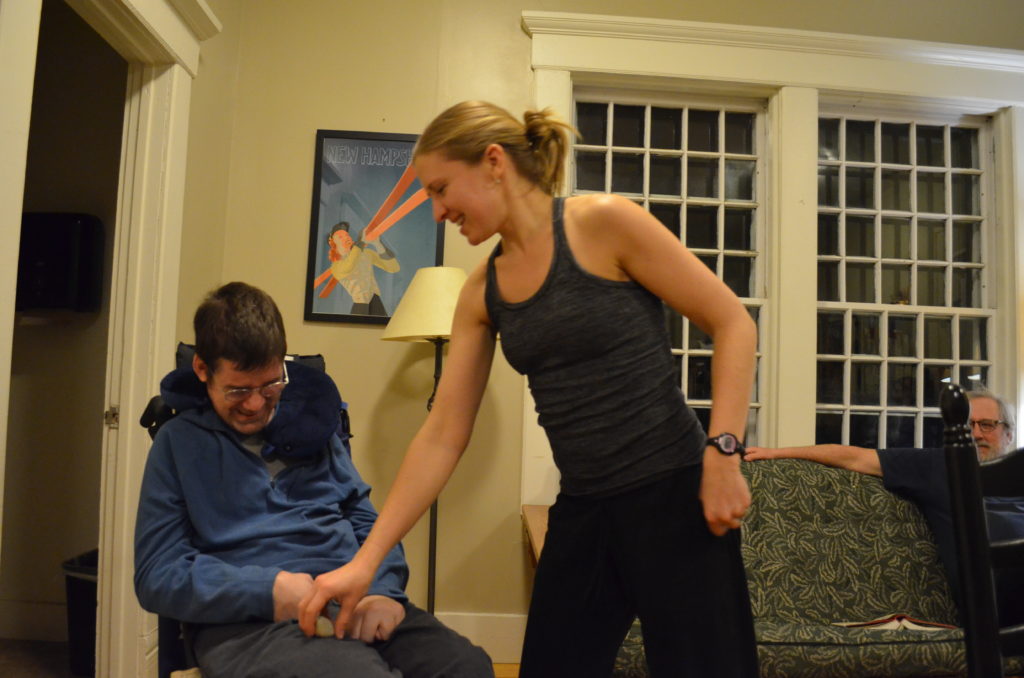 (Tim gave Merri her rock and a parting joke.) 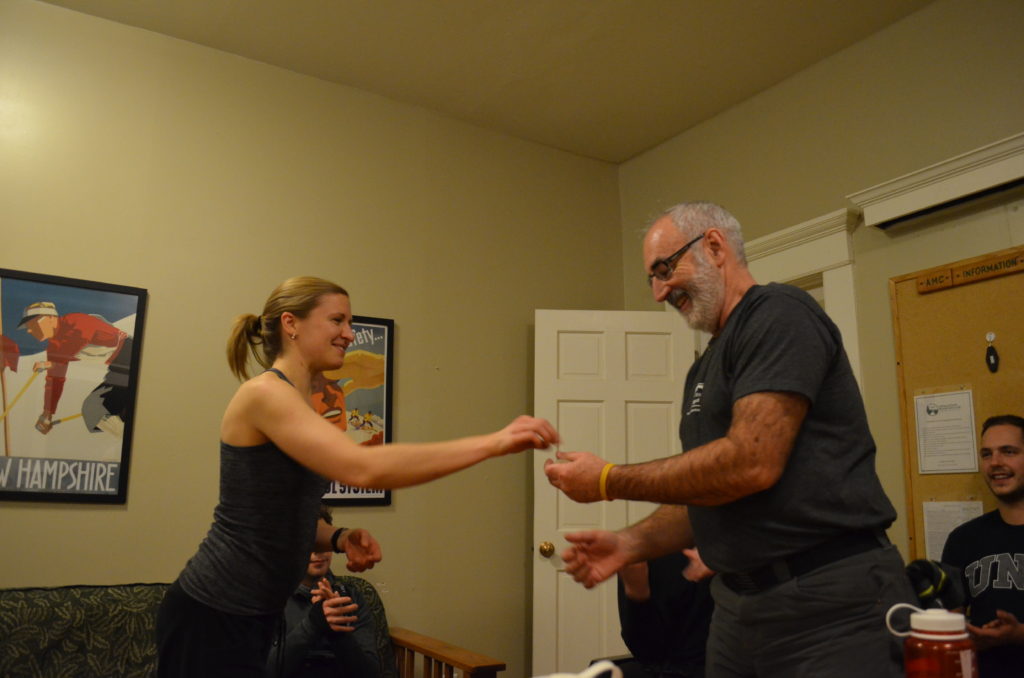 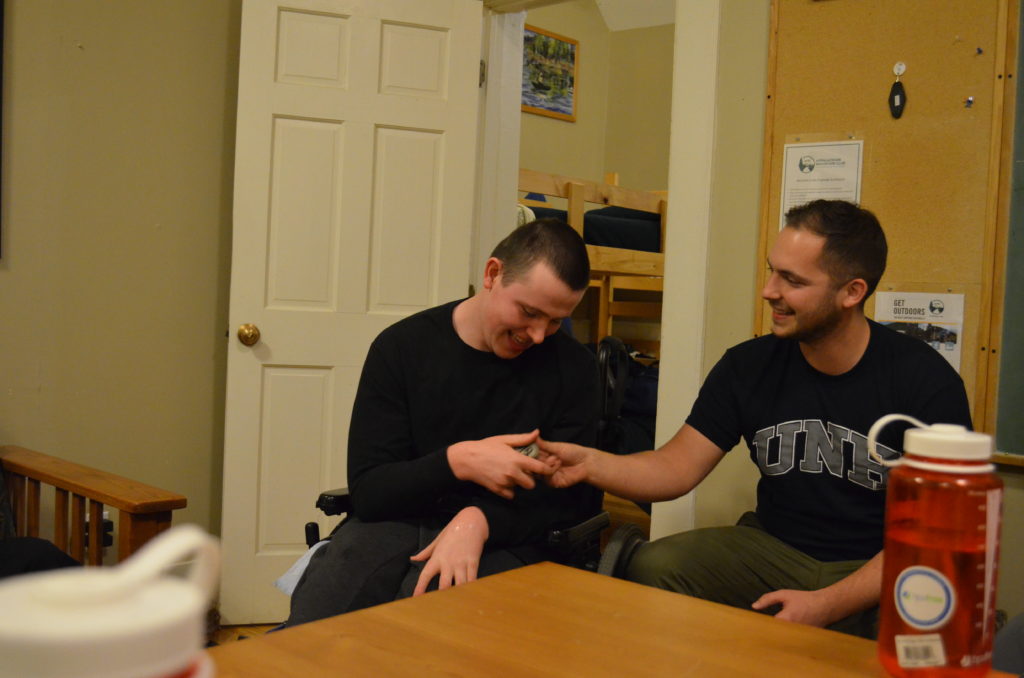 (Tyler and Pat both had each other’s rocks. They have known each other for years, but this weekend gave them an opportunity to form a deeper relationship.) 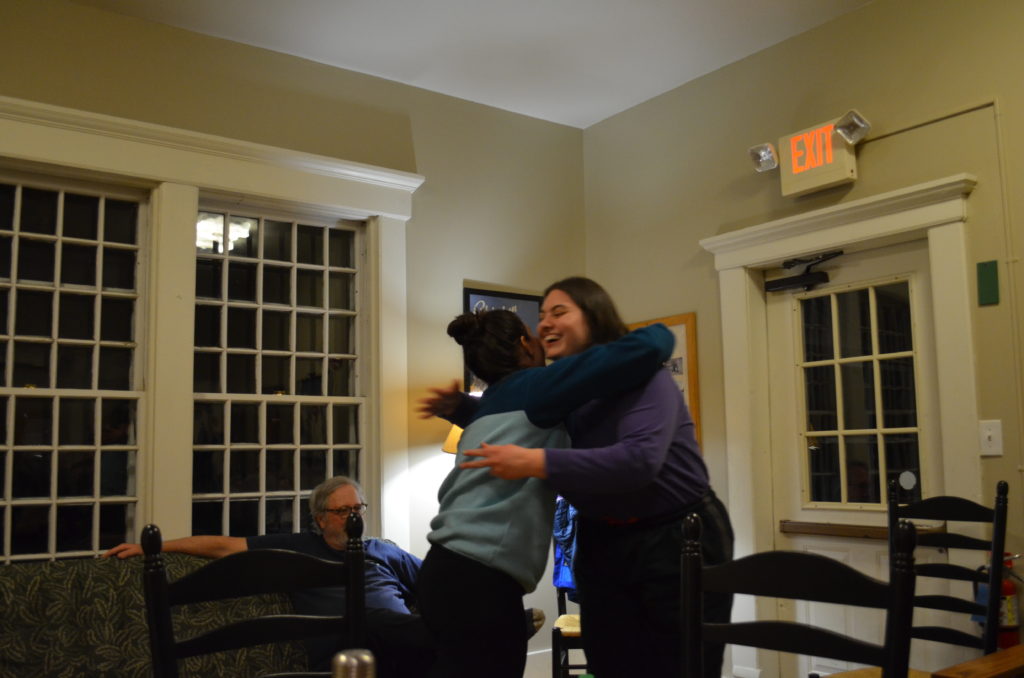 (Steph and Lydia also both had each other’s rock!) 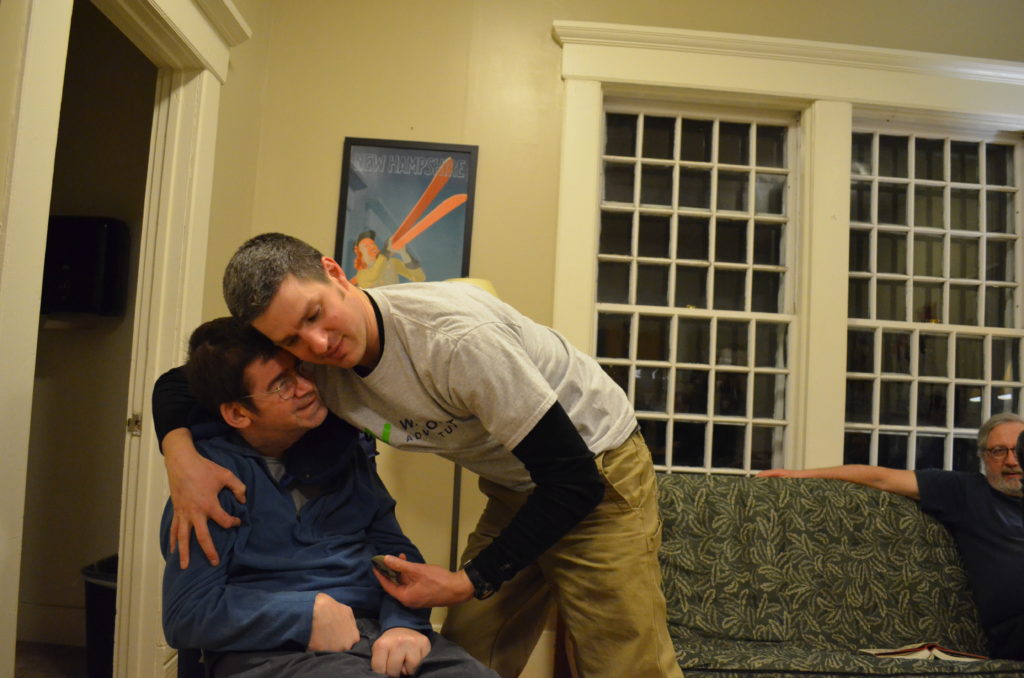 (Dan gave Tim his rock. Both have also known each other for years. Both were on the first ever Winter Summit. Both will continue to be great people.)

Along with the rocks, each team also made a flag that represented them and their unique hiking experience.

Here are the pictures: 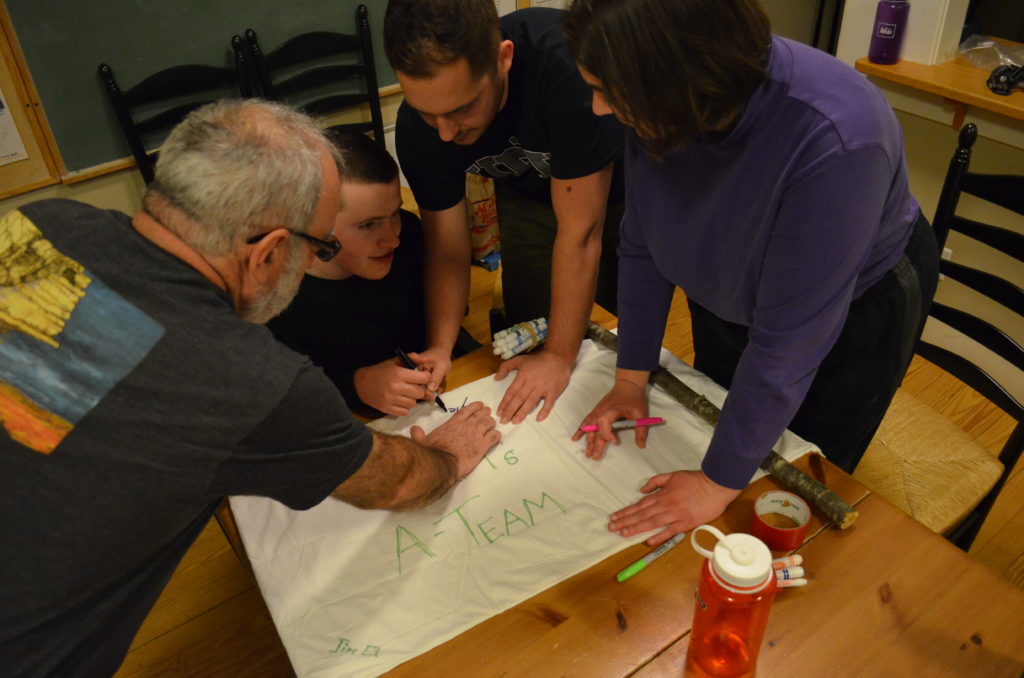 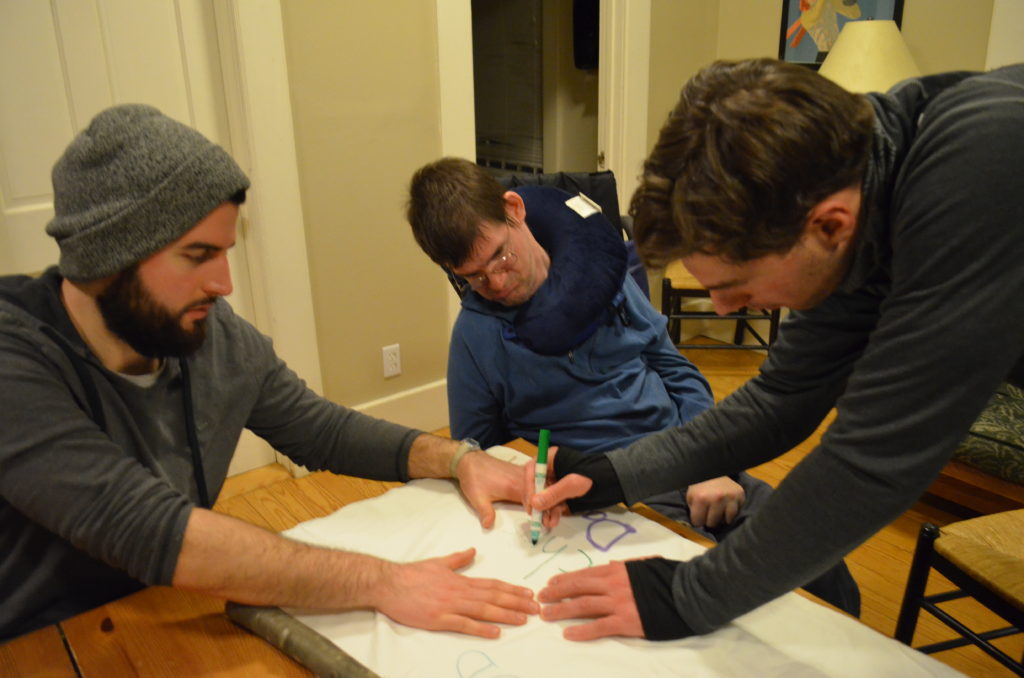 (ITimirod making their flag. Steve was not on this team however.) 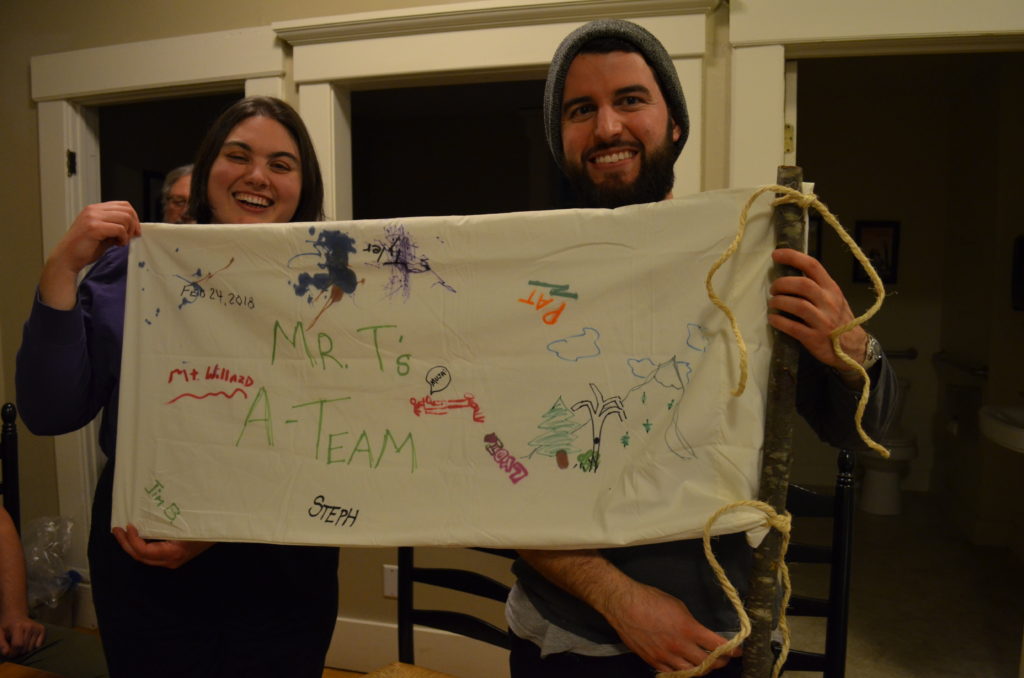 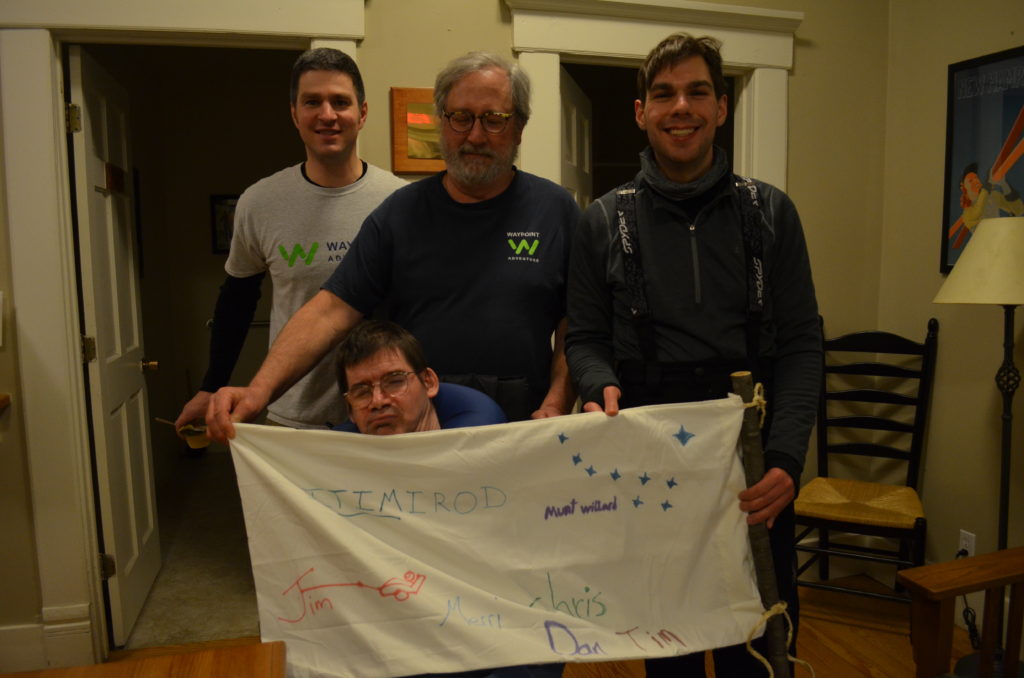 On Sunday (February 25th), the crew woke up at 6:00am to get to an early breakfast. Due to incoming snow, we left the Highland Center around 10:00 am and arrived back at Waypoint around 1:00pm. While we were all tired from the weekend, we all agreed that it had been an incredible adventure. The trip will last in our memories for the rest of our lives. By creating an environment where all individuals felt safe, loved and challenged, quality community was built in a short period of time.

Till next year everyone! 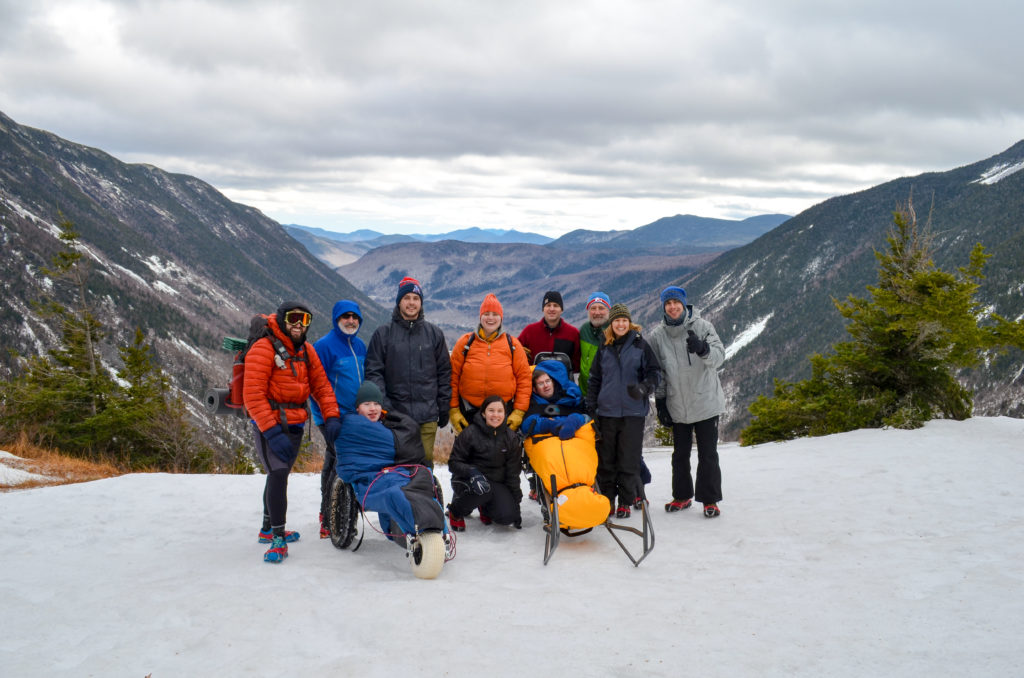