Programming is in full swing! This summer, we’re featuring kayaking and hiking programs for just $20 per person. Sign up today! 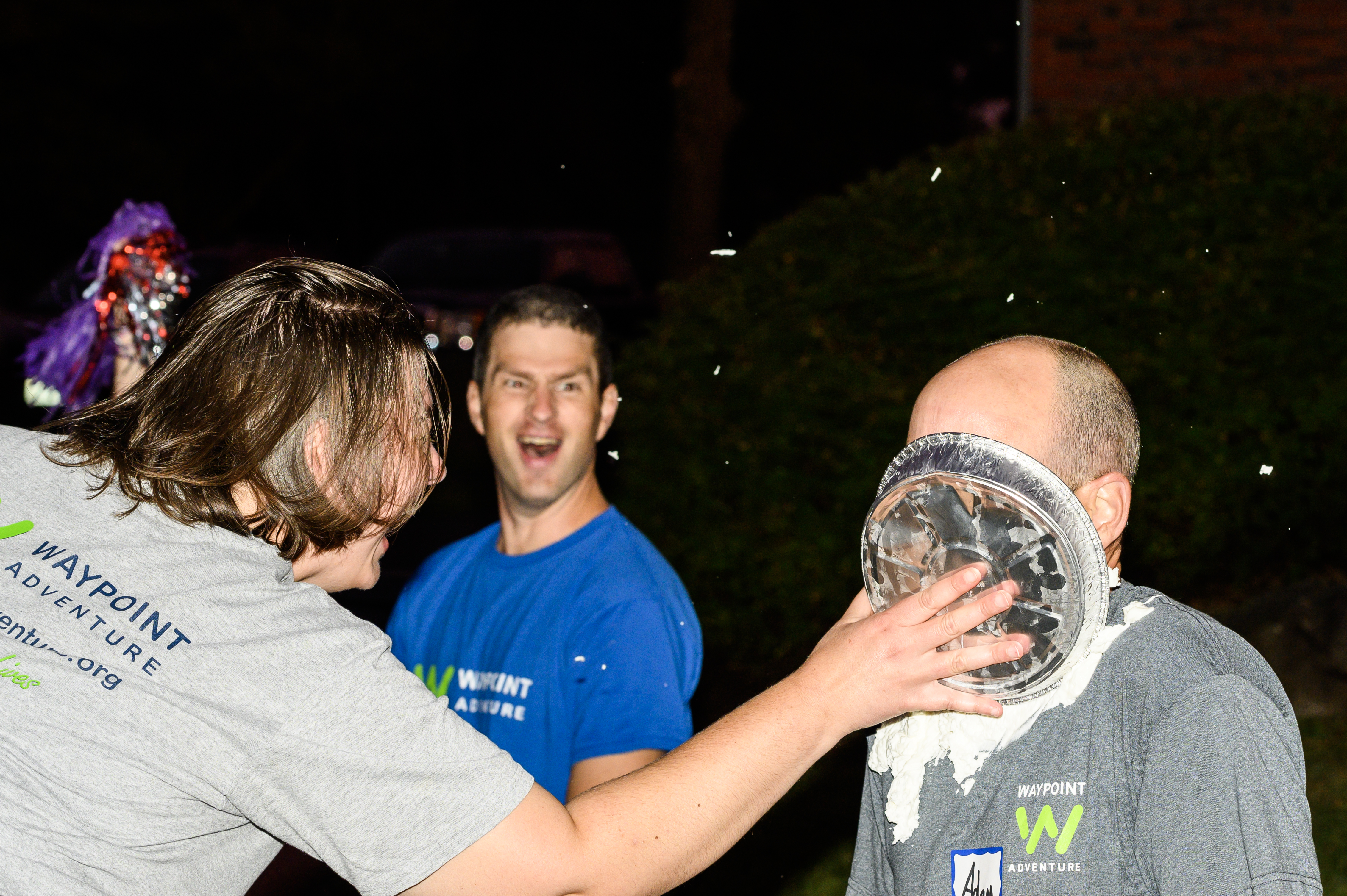 The inaugural Wiffle Ball / End of Summer Cookout was a smashing hit. Pun intended. There was face painting thanks to our resident-artist, Miriam, balloon animals thanks to our friend and former-clown, Steph, burgers and dogs grilled to perfection by chef master Dave, expert score-keeping by Jeff and Davis, photography by Bill, pitching by Timmy and Mike, and the fantastic volunteer efforts of so many others who helped and participated. What a hilarious, awesome night.

It was the Peduto Penguins vs the Bored Chair Falcons and there was literally a diving stop at home plate to leave it tied at 5-5. We went into an extra inning ending in a 1 run squeaker by the Penguins! The Peduto Penguins won the honor of having their team name etched into the coveted Golden Bat!

To end it all, Dan and Adam each got a pie to the face. Enjoy these awesome pics! Climbing the Quarry with CHARMS