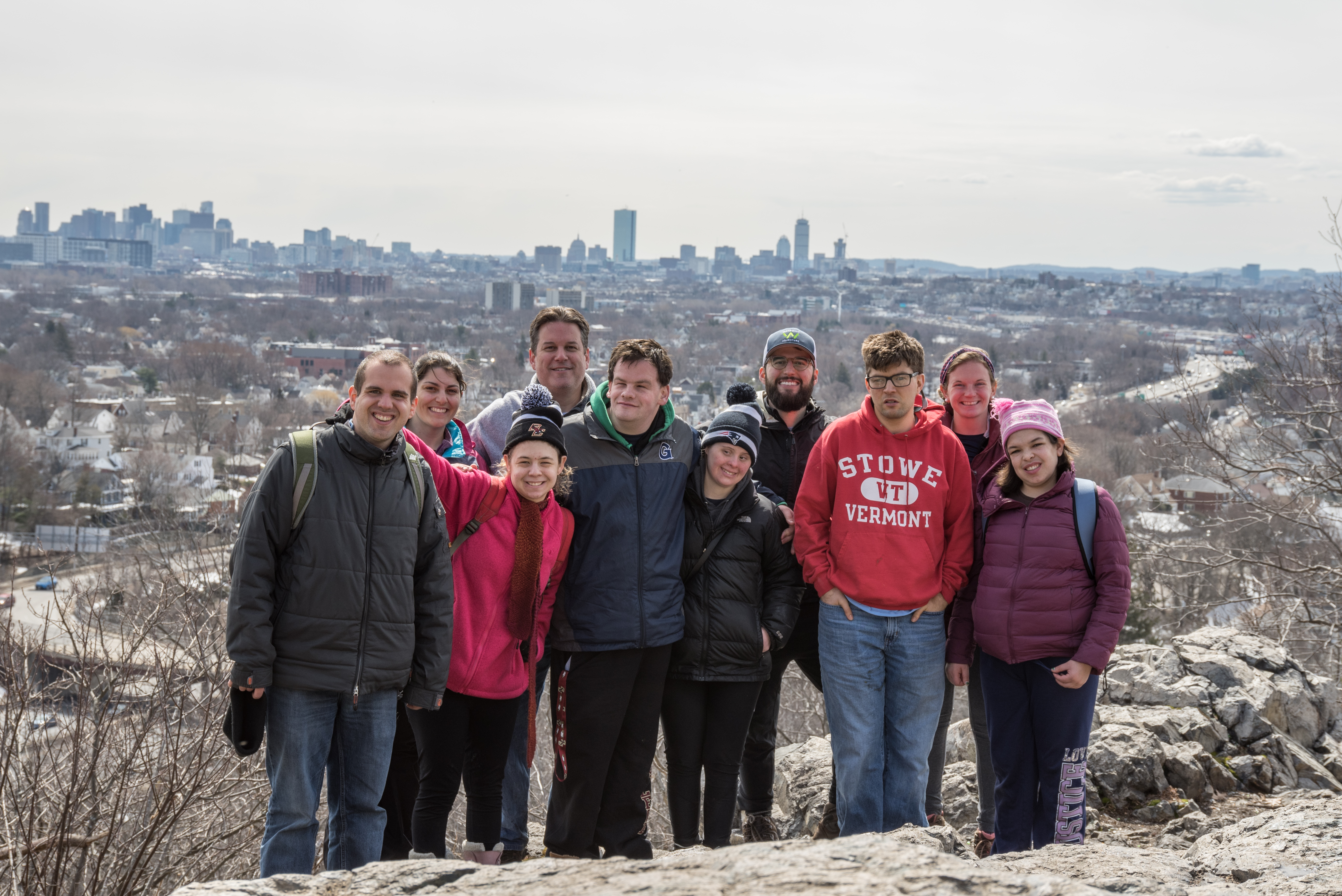 Well, it turned spring in New England (we’re pretty sure), and the lingering cold hasn’t stopped us from getting outside. In March, we hit the Middlesex Fells with a close-knit group from Specialized Housing, Inc.  Six adults who live together in a group home in Newton were up for the challenge and it all paid off as the sun poked through and we actually got an awesome day!

Our goal was to challenge ourselves (physically, mentally, and socially) while also take intentional steps towards supporting all members of the group. After some group initiatives like “Name Toss” and “Wompum,” the group set off towards Panther Cave near Bellevue Pond. Everyone started off with micro-spikes on their boots; however, after several minutes, everyone decided that they would trudge on without them. Along the way, the group encountered a river crossing that took all hands on deck to get everyone across. Check out pictures from the day! 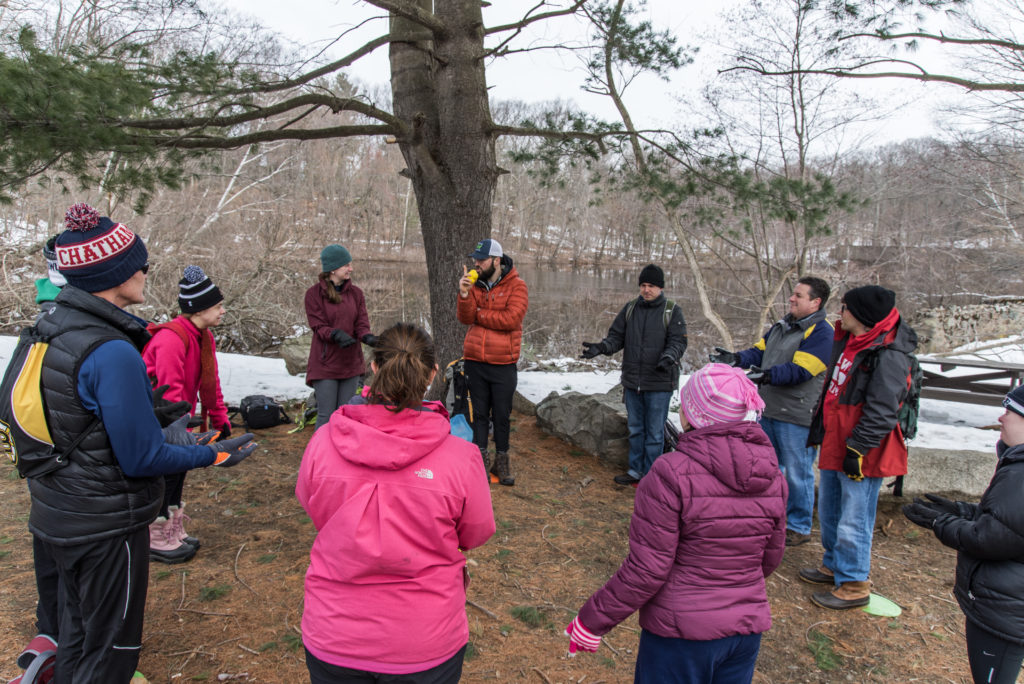 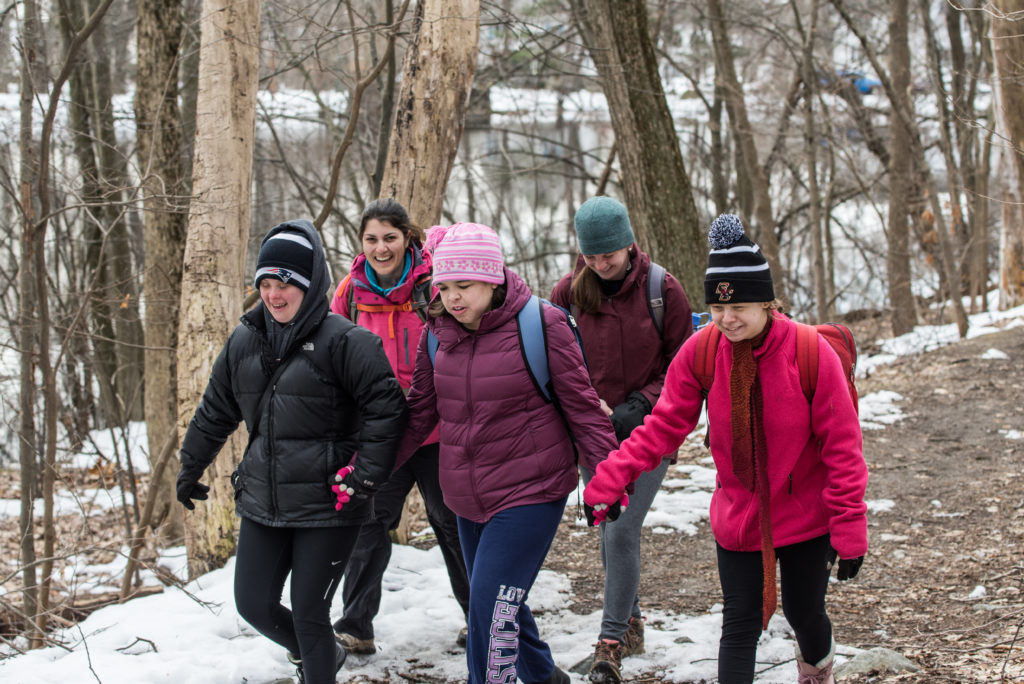 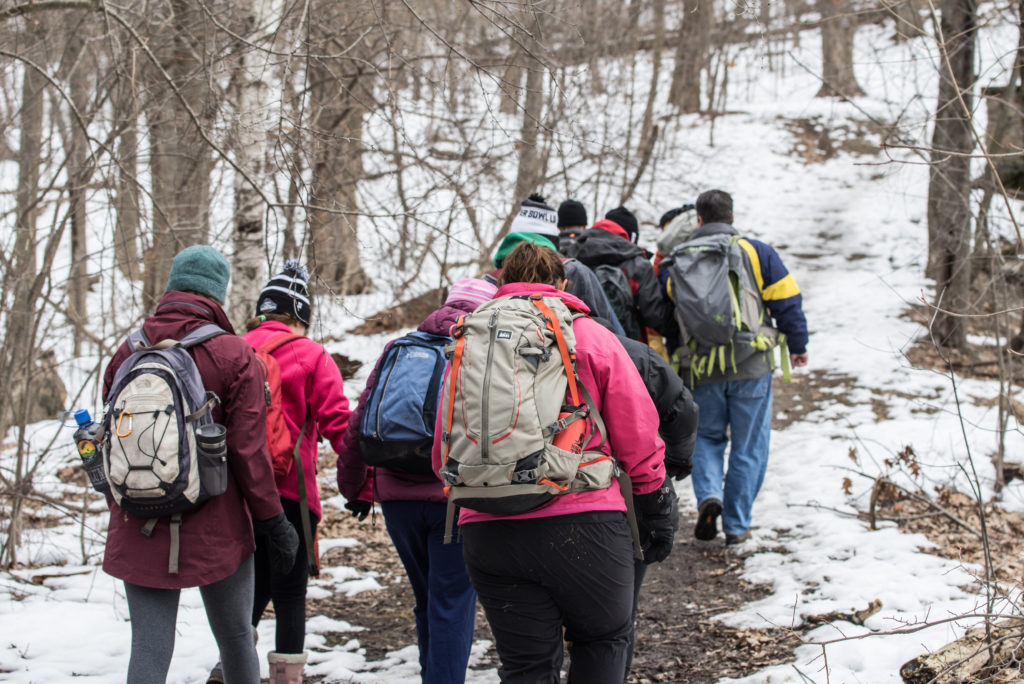 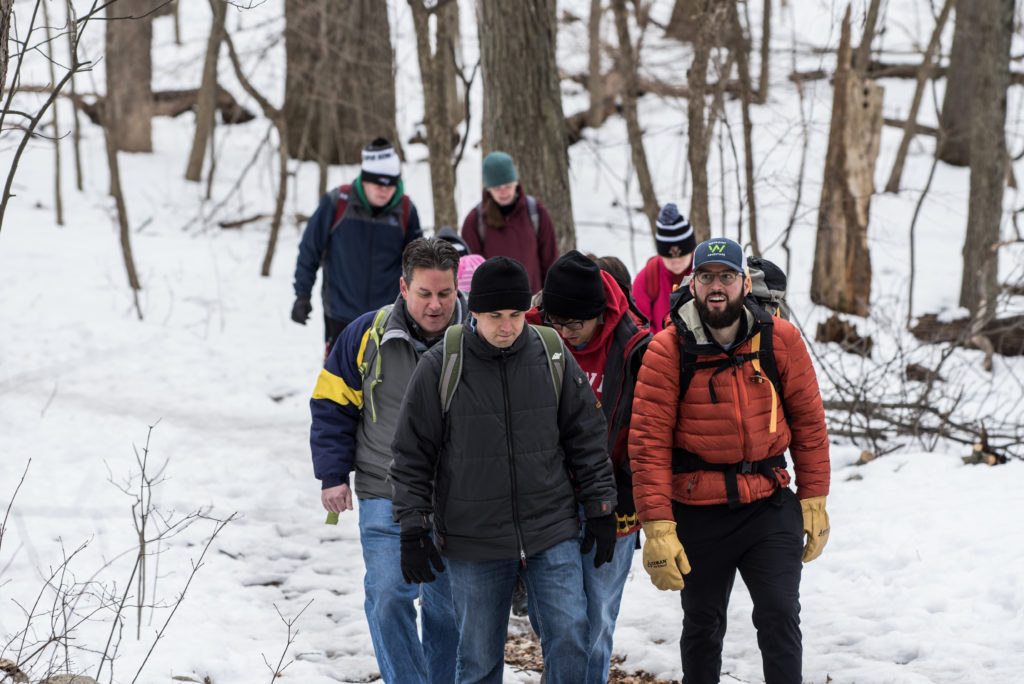 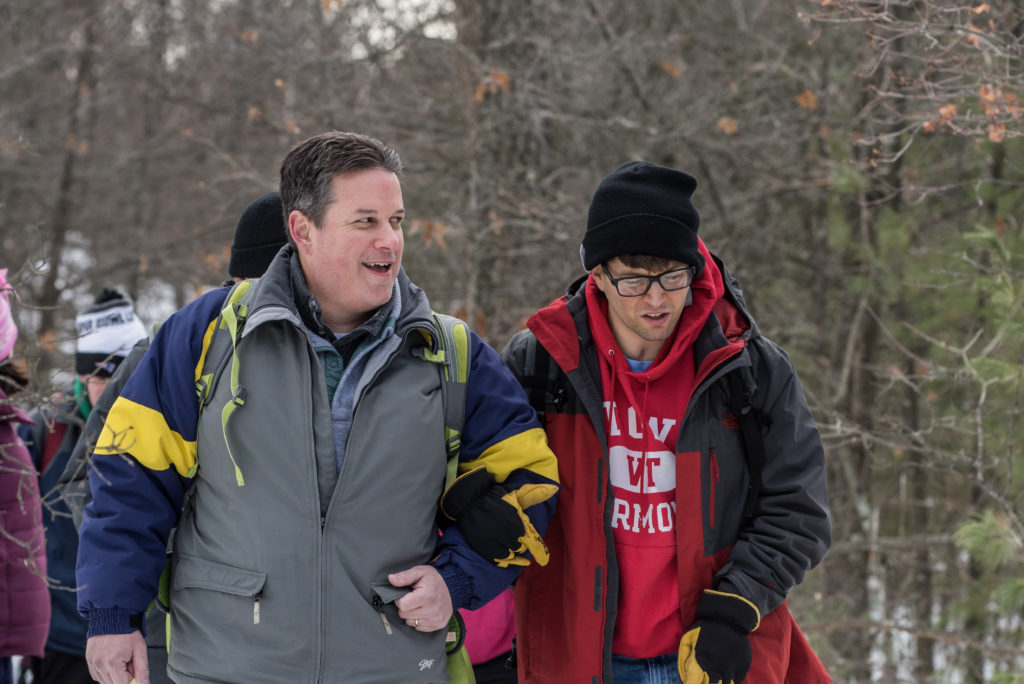 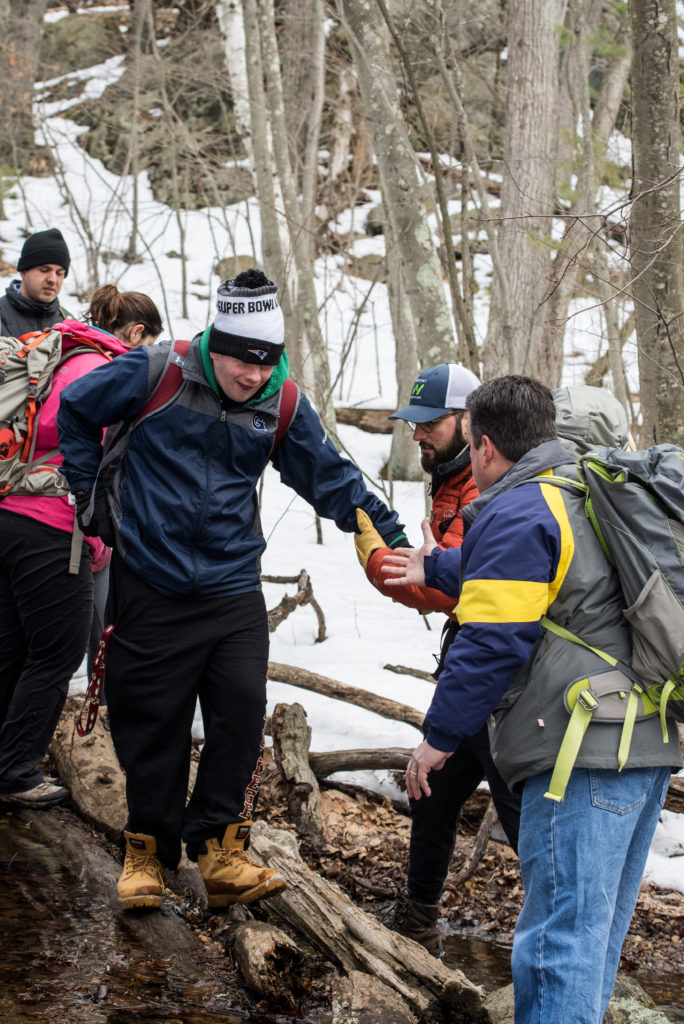 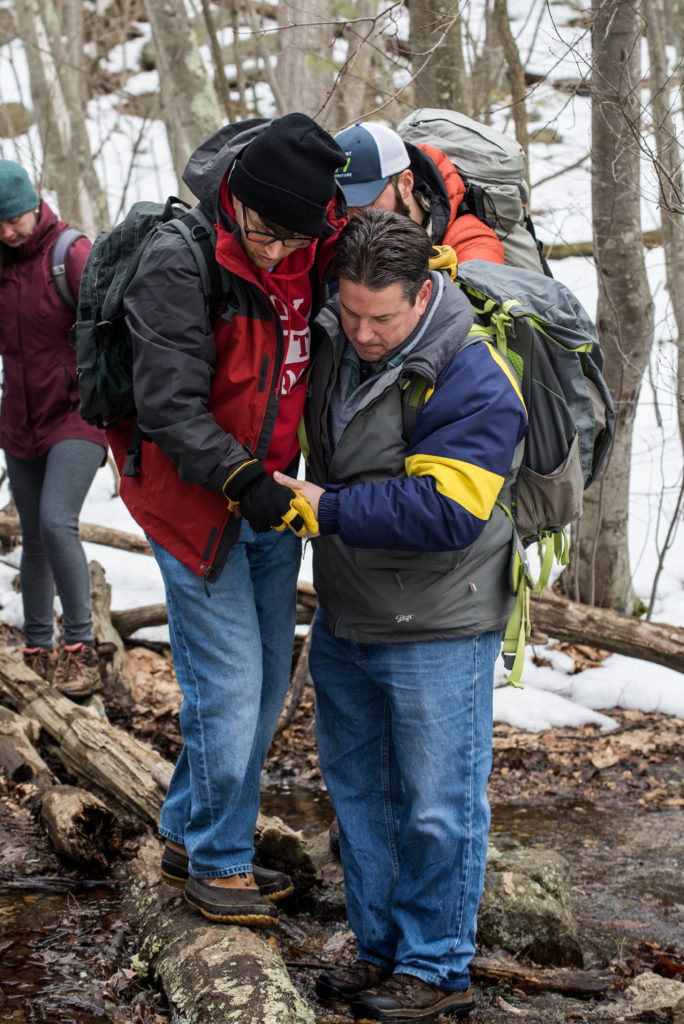 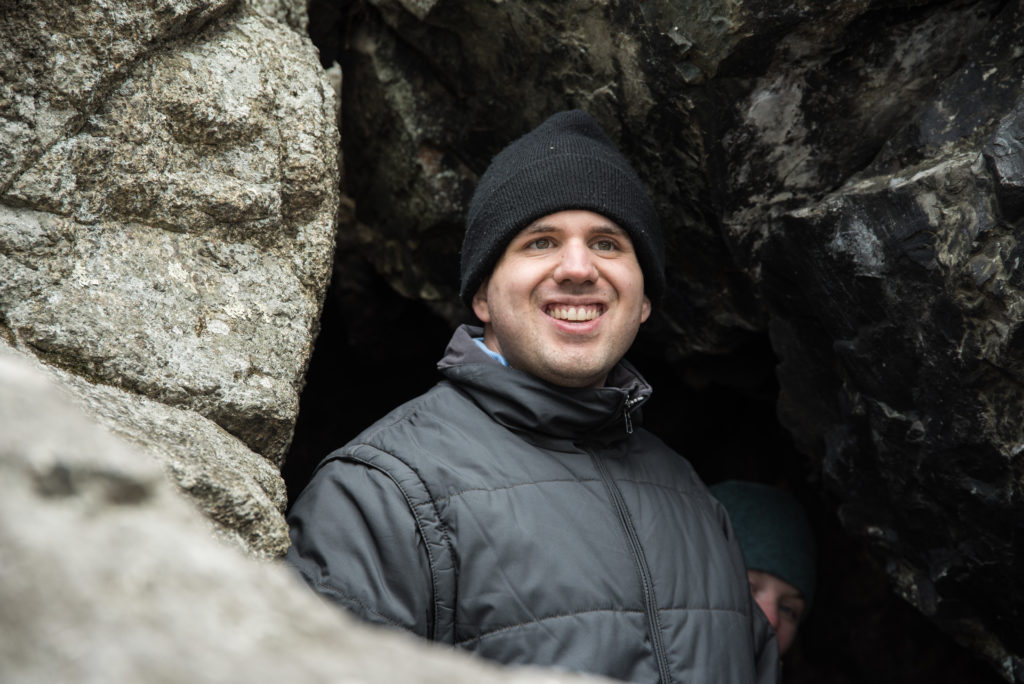 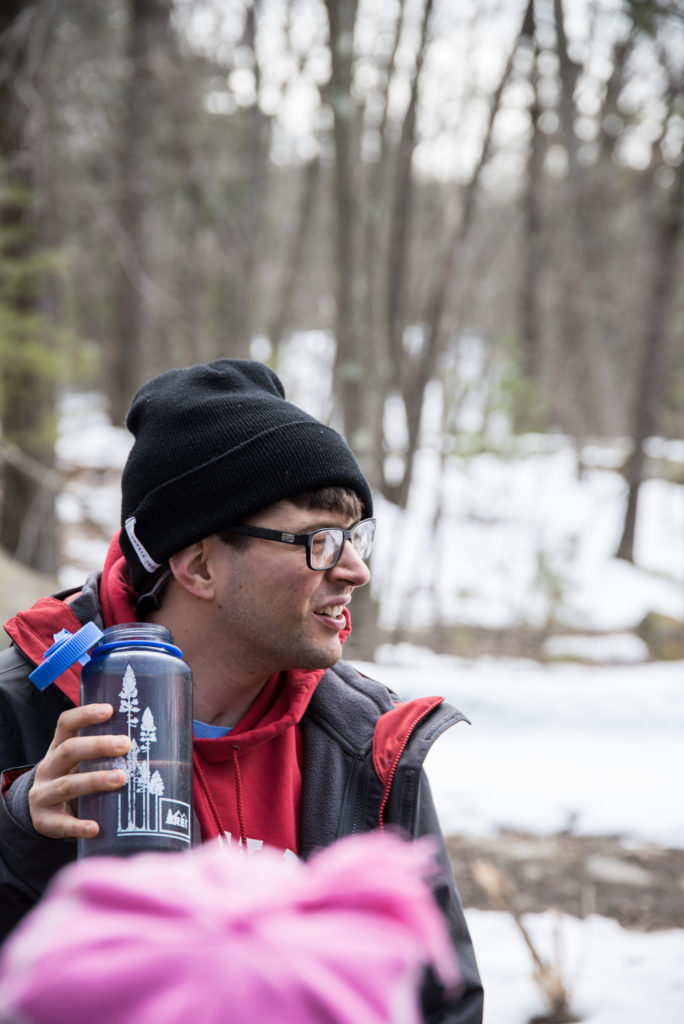 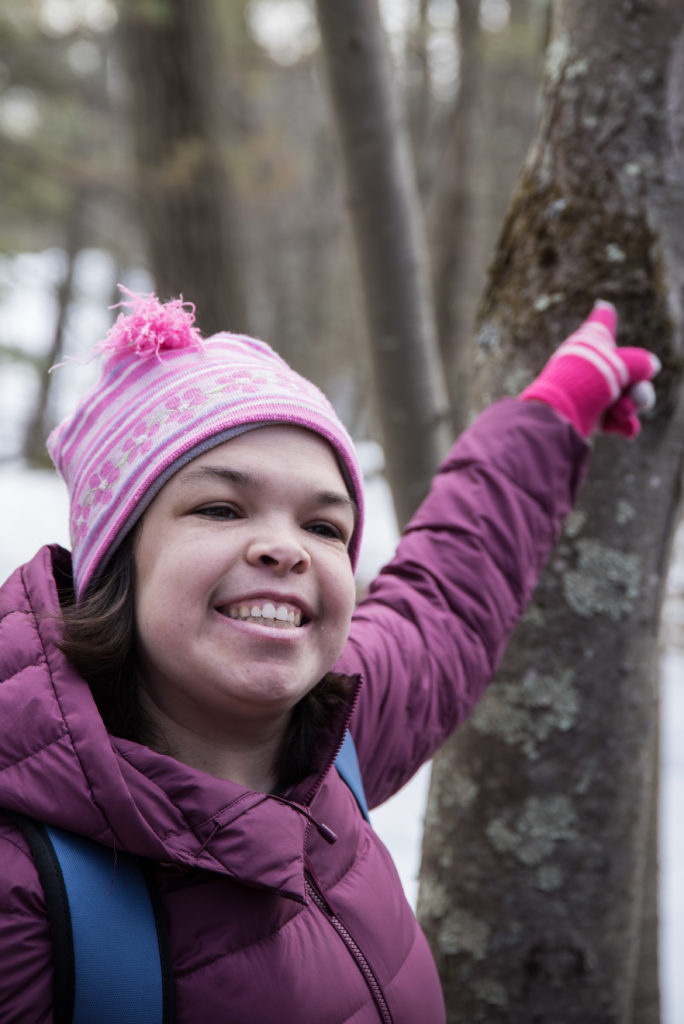 After Panther Cave, the group was motivated to get to the summit of Pine Hill, which was home to Wright’s Tower and a beautiful view of the Boston skyline. With several steep hills and the snow and ice adding to the difficulty of the trek, the group (literally) went hand and hand all the way up to the tower. 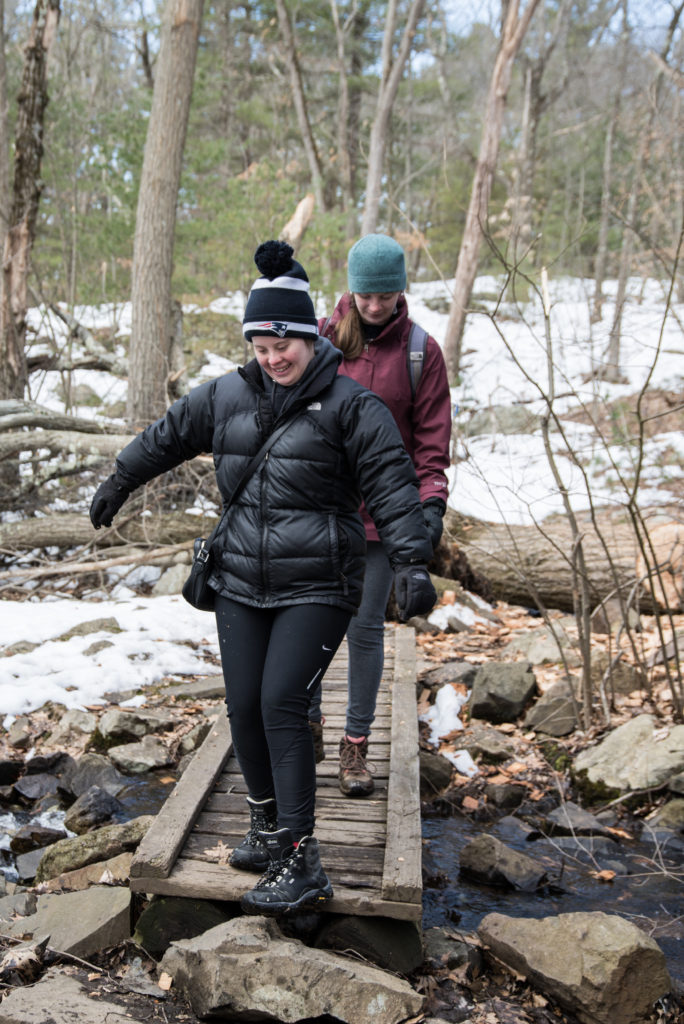 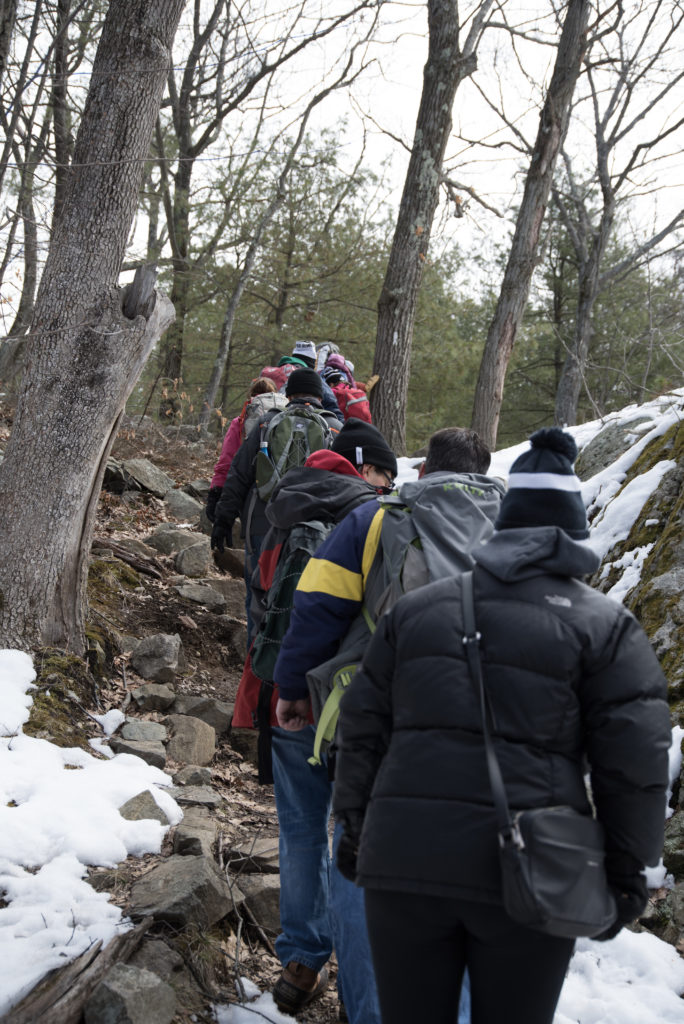 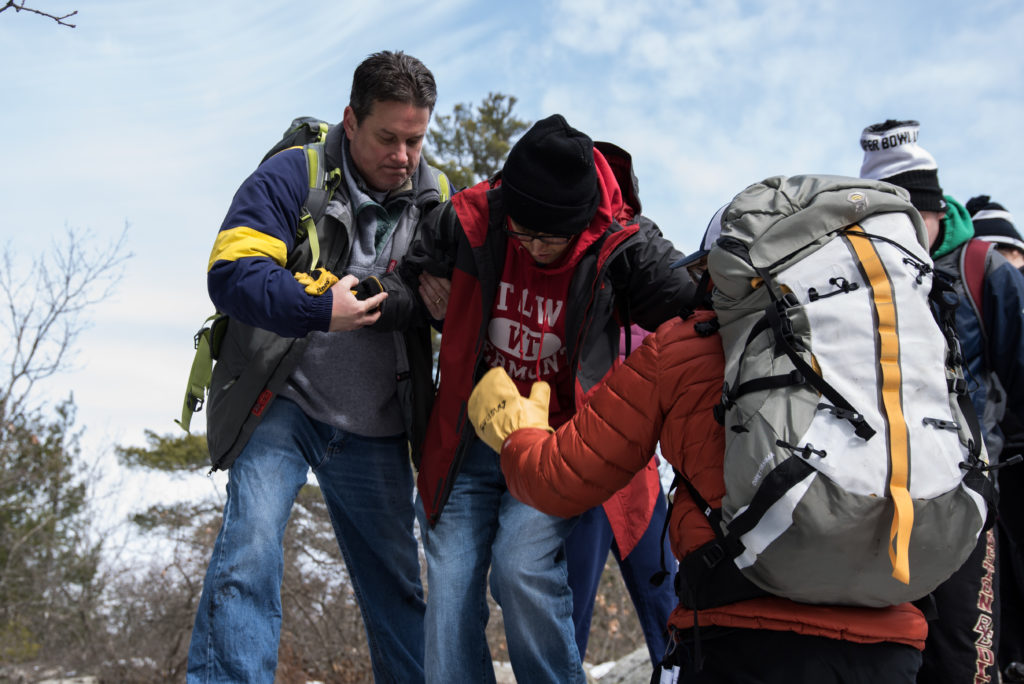 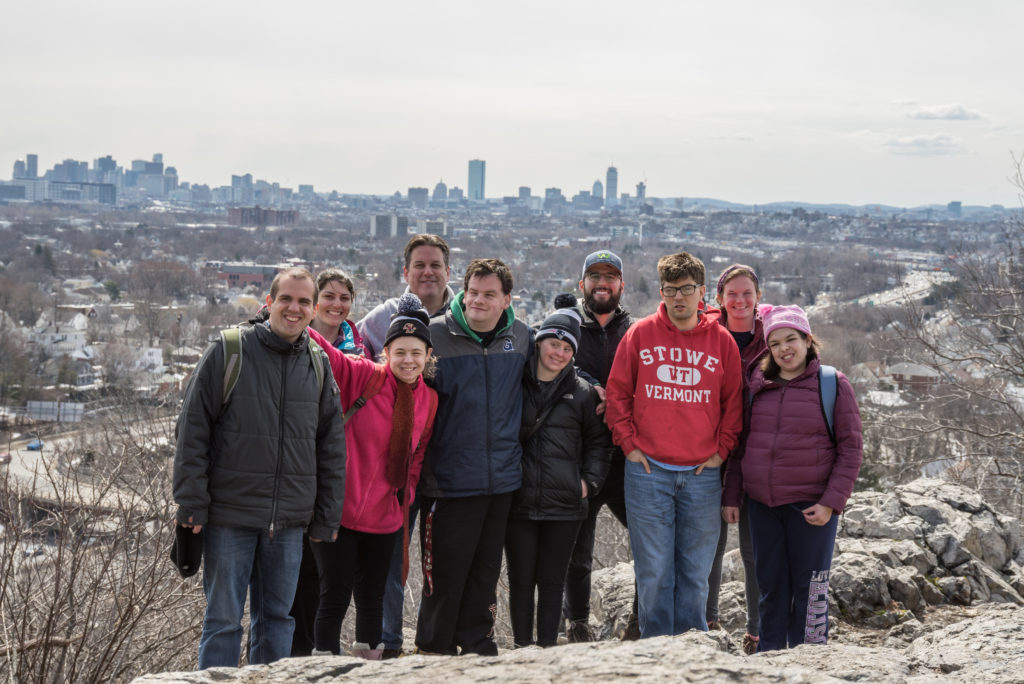 As the group made their way back to the parking lot for the end of the adventure, they stopped at cement bench to debrief and reflect on the challenges they had faced throughout the day. All were filled with smiles and laughs as each volunteer gave a special shout-out and a rock to each participant to commemorate their journey throughout the hike and the bond they share with their fellow housemates. 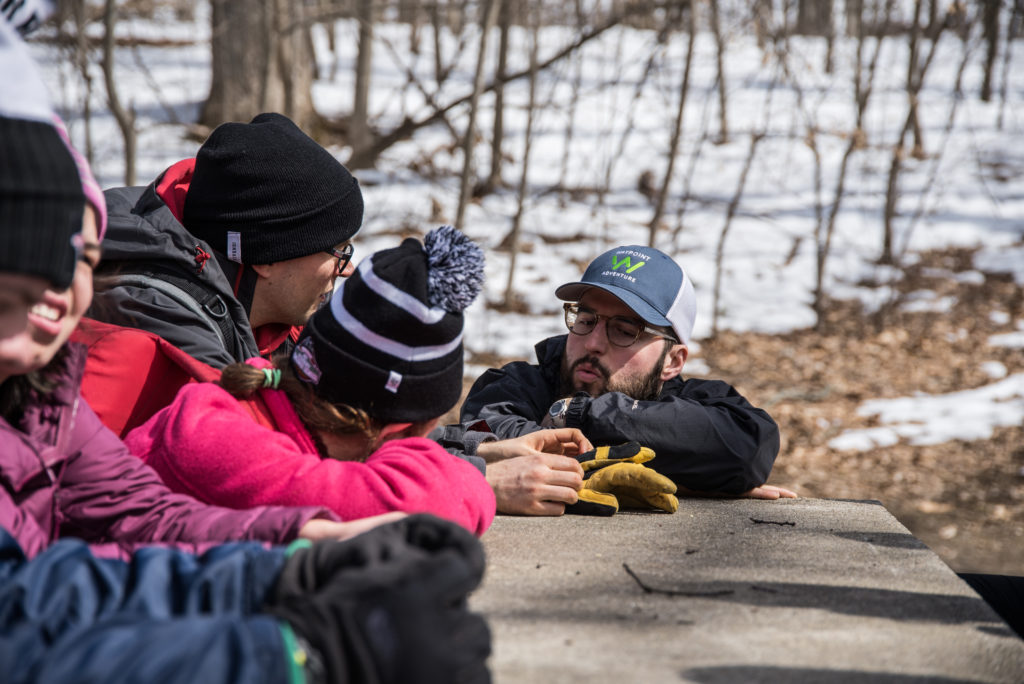 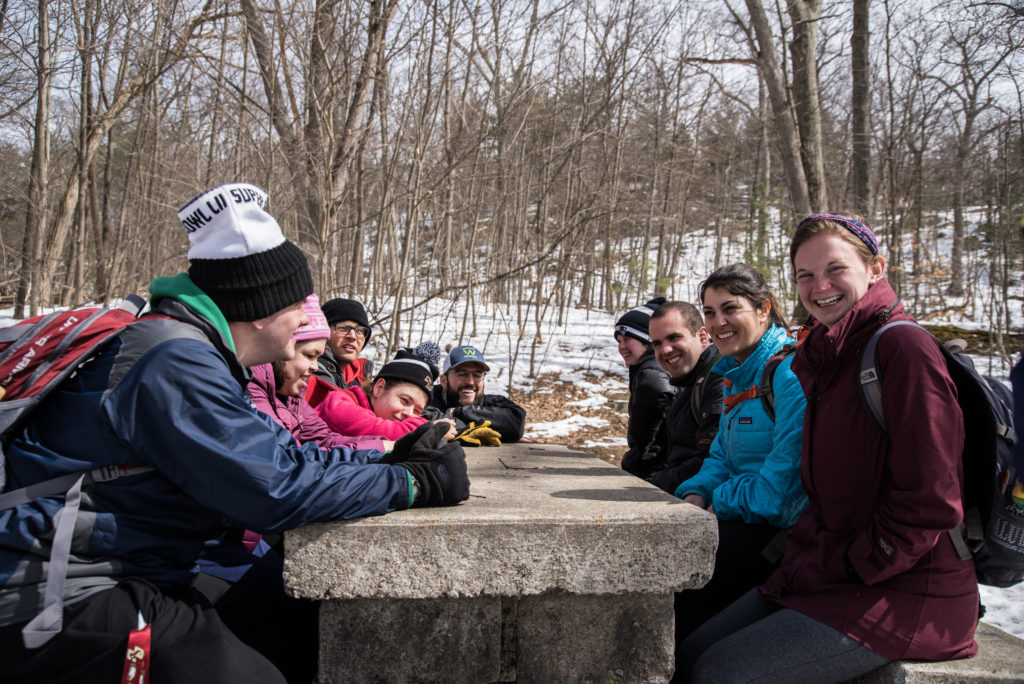 All in all, the group pushed themselves to their limits and supported each other throughout. We can’t wait to see what will happen next with this group on their upcoming indoor rock climbing adventure in May!

Waypoint on the TEDx Stage!